How safe is non penetrative sex? 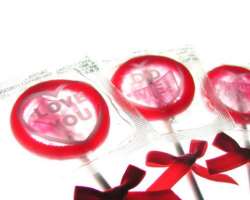 
With the advent of HIV/AIDS and the need to practice safe sex, many people are abstaining from penetrative sex and those who do so use a barrier method of contraception such as a condom in order to reduce the risk of sexually transmitted diseases and unwanted pregnancies.

However, in recent times the attention of the public is being drawn to the fact that it is not enough for you to say you are practising safe sex simply because there has been no penetrative sex. The American College of Obstetricians and Gynaecologists have issued an opinion in the September 2008 edition of the journal Obstetrics & Gynaecology about the health risks associated with noncoital (non-penetrative) sexual activity.

This is because most individuals engaging in oral sex are unlikely to use barrier methods of protection. However, sexually transmitted diseases (STDs) may be spread through saliva, blood, vaginal secretions, semen, and faecal matter, especially in the presence of pre-existing infections, open sores, or other lesions.

Hepatitis B virus is commonly spread through noncoital sexual activities and the virus can be found in semen, saliva, and faeces. Hepatitis A is transmitted through faecal contamination of the oral cavity and is more common in men practising oral-anal contact.

It has been suggested that due to the fact that many people especially the youth are switching to oral sex to avoid pregnancy, there is the need for the youth to be educated on the implications for their health.

The authors advise medical practitioners to communicate better with the youth about sexual activities other than penile-vaginal intercourse and that they should enquire about specific noncoital sexual activities and counsel patients to their dangers.

There is the need for the public to be better educated regarding the potential health risks of noncoital sexual activities and the importance of risk reduction and the need to use barrier methods of protection consistently and correctly as well as restricting the number of sexual partners.

Other suggested strategies to the youth include abstinence, mutual monogamy, engaging in relatively safer behaviours, and STD testing before initiating sexual activity with a new partner.