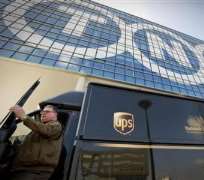 United Parcel Service will pay $6.85 billion (5.2 billion euros) for Dutch peer TNT Express in a deal that will boost the position of the world's largest package delivery company outside the United States.

UPS will become the market leader in Europe and also get access to TNT's stronger networks in the fast-growing Asian and Latin American markets, increasing the U.S. company's global sales to over $60 billion (45 billion euros) and leaving it with 477,000 employees.

The deal will boost UPS' revenue outside the United States to 36 percent of total projected annual revenue of $60 billion, up from 26 percent today. In particular, it will increase UPS' presence in Brazil and Australia, executives said.

The move sharply widens the gap between UPS and No. 2 FedEx Corp, which has about a 3 percent market share in Europe.

TNT said on Monday its executive and supervisory boards unanimously supported UPS' offer of 9.5 euros per share, a premium of nearly 54 percent, up from an initial bid of 9 euros per share last month.

Wall Street had been watching for a deal after TNT in mid-February rejected UPS' initial $6.45 billion (4.9 billion euro) bid but the companies remained in talks.

The bid from UPS came about nine months after TNT split from delivery company PostNL, with shareholders pressuring TNT to shake up its board and boost shareholder value.

COMPETITORS FRET
The deal has raised concerns that smaller companies will find it harder to compete. Germany's Deutsche Post DHL, the closest rival in Europe, said the European Commission should examine the proposed takeover thoroughly.

TNT's biggest shareholder, PostNL, which owns a 29.8 percent stake, also said it backed the offer, which UPS said it would finance through a combination of $3 billion in available cash and new debt.

"The combination of the two companies ... will be enhanced and really deliver the global leader that will be unequalled," said TNT Express head Marie-Christine Lombard.

With falling profit and a poor outlook for 2012, TNT's management had come under intense pressure from activist shareholders, including Jana Partners and Alberta Investment Management Corp, to seek a buyer.

NEED FOR DIVESTITURES?
UPS has long looked at TNT as a way to help it expand in Europe, especially Britain, France and Germany. It said it was confident the European antitrust watchdog would clear the offer without going into a prolonged investigation.

Analysts said the company might need to sell some assets to ensure the deal wins the stamp of approval.

"We expect some divestments will be needed for the competition clearances," DZ Bank analyst Robert Czerwensky said.

UPS' Davis said it was "too early" to tell if European regulators would require the companies to sell off any operations but said he expects the deal to be approved.

"We're quite confident that all the necessary approvals will be obtained," Davis said.

A spokesman for Deutsche Post said the acquisition would further strengthen the power of a significant player in a market with limited participants.

Trade unions said UPS had agreed to continue collective labor agreements. The unions said they had not heard of any plans for job cuts, but analysts said the deal could impact thousands of employees.

"With TNT about two times as large as UPS in Europe, this could affect more than 20,000 jobs at TNT in Europe alone," said Kelper Capital Markets analyst Andre Mulder.

The businesses have overlap, but UPS' Davis said it was "way too early" to talk about job cuts.

IMMEDIATELY ACCRETIVE FOR UPS
The deal will bring annual cost savings of 400 to 550 million euros ($527 million to $724 million) in four years, UPS said. It said it will first spend a pre-tax $1.71 billion (1.3 billion euros) on "implementation costs" to achieve those synergies, adding that the deal would boost UPS' earnings this year.

UPS expects the takeover to close in the third quarter.

UPS said the acquisition will be financed with an equal mix of cash and debt.

About two-thirds of TNT's revenue is from European customers, but it also has been steadily growing in China, India and Brazil, where it struggled to integrate its acquisitions.

UPS is in the midst of a $200 million expansion of its Cologne hub, and has recently grown through acquisitions. The TNT deal is its largest by far.

UPS carries about $11 billion in debt on its balance sheet and could tap credit lines for $12 billion in additional debt. The company has $4.1 billion in cash and $1.3 billion in marketable securities.