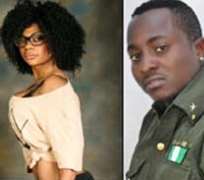 The stage is set  again for another  round of  91 days of tension, excitements and actions as Africa's biggest reality TV show, Big Brother Africa returns live on Dstv, May 6.

This 7th season sees contestants doubling up to enter the series in pairs with a USD 300 000 prize for just one winner . M-Net and series producers, Endemol recently revealed the name of the latest edition of Big Brother Africa, announcing that the new series will be called 'Big Brother Stargame.'

And, fittingly, the 'star' themed name was announced at the same time as M-Net confirmed that Grammy nominated American rapper and hit maker J.Cole is set to perform at the glam series launch.

'One of the main reasons for the success of Big Brother, in Africa and abroad, is that it creates its own stars from the minute housemates step into the spotlight,' says M-Net Africa Managing Director Biola Alabi.

'The show is built on the idea that, given the chance, anyone can be a star, anyone can find themselves shot to stardom. So this year, we're honoring this essential element of the show directly in the title, putting the concept of rising stars and dreams of stardom right at the front of what is a challenging, fun, dramatic game.'

She continues, 'of course, we're thrilled that we can kick off Big Brother StarGame with an international star whose incredible talent is making him one of the hottest names in music today. J.Cole is fast becoming a superstar, an amazing artist who is taking the world by storm. We are very pleased that he will be performing for the very first time in Africa on our stage.'

With J.Cole's visit facilitated by Los Angeles based One Entertainment (who facilitated Busta Rhymes' appearance last year), the 27-year-old star is scheduled to perform three songs, to be revealed closer to the time, at the launch of Big Brother StarGame. He will also be filmed for a special insert on Channel O during this time talking about his work, life and ambitions.

Alabi said 'The really big surprises this season is that entrants must enter as pairs. In the past we've seen a natural and continuous cross-over between individuals and their families, their friends.

'So this year, we decided to include that as part of the game. It will definitely make a dramatic addition to the series so we urge  people to enter and experience what will be a uniquely different Big Brother Africa!'

But it can be inferred from the performances of the two housemates - Yacob and Hanni - who represented the country in the previous three editions that Ethiopia featured in.

Many analysts of the show felt these two housemates didn't put up strong performances to clinch the ultimate prize. For Mozambique, M-Net said, there will be a new role. What role this is, M-Net didn't state yet. Big Brother is full of twists and turns,  as viewers can only keep guessing at what awaits them.