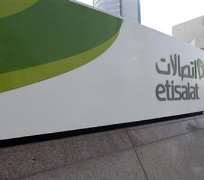 UAE telecoms operator Etisalat ETEL.AD, which saw $1.8 billion moved over its network last year via money transfers, has sought regulatory approval to expand its financial services offerings in the Gulf region, home to millions of expatriates.

"The cost base for telecoms operators is much different than for banks and exchange houses. We do not need bricks and mortar branches, so our costs are lower and we can pass on this saving and offer better exchange rates and transaction fees."

The former monopoly was expected to focus on its home market and Saudi Arabia. Both countries have large expat populations and inbound annual remittances were worth about $36 billion combined in 2010, Held said.

Etisalat has tied up with Western Union (WU.N) and MoneyGram International (MGI.N) to allow money sent by mobile customers in the Middle East to be collected anywhere in the world.

Aside from remittances, the operator hopes to offer salary payments, peer-to-peer domestic funds transfers and utility and shop payments.

"Remittances will be an extremely important part of our mobile money services. But it is not enough alone to drive service adoption, so we will offer a mix of services to make it very hard for customers not to get involved," said Held.

Etisalat already offers some of these services in six countries, including Afghanistan, Pakistan, Sri Lanka and Tanzania and plans to expand this to the 17 countries in which it operates in Asia, Africa and the Middle East.

"We want to introduce mobile money in the rest of our markets as soon as possible. It is not a technical issue, but ticking all the boxes from a regulatory, compliance and customer education point of view," Held said.

LESS MONEY, MORE LOYALTY
Mobile money has taken off in parts of Africa, where a minority of people hold bank accounts and the banking infrastructure in rural areas remains limited.

About 8 percent of Tanzania's gross domestic product is thought to go through mobile banking.

Text-based financial services will not help stem a decline in global SMS revenues - seen dropping up to 40 percent over the next three years as users opt for alternative text services such as BlackBerry Messenger or WhatsApp - but it can improve customer loyalty.

"When people have a mobile wallet ... we believe they will stay with us for a long time," Held said. "When was the last time you changed your bank account?"

Etisalat will face challenges in convincing customers in the Gulf region, who have easy access to banking and exchange houses, to switch.

"In this region, people are used to going to the bank for transactions - they like to get a receipt. It is not a game-changer for telecom operators' revenues," said a regional telecoms analyst.

"Low income workers in the Gulf count every penny. So, it is not convenience that matters, but cost," he said. "For expats with prepaid contracts wanting to send money home, they would have to buy prepaid cards to top up their phone balance and then send a text."