Who Benefits From Migration? 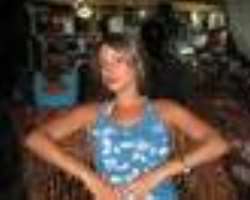 People move back and forth across the globe. There are labour migrants, refugees, family reunification, students, volunteers, adventurers, tourists and people who are simply searching for a better quality of life. It is all a part of globalisation and it contains progress and development. It is a way to encounter new possibilities in life. The future is no longer only the culture of origin; instead a person has the ability to live in a different culture. People who do not get the chance to move are the ones without a choice. The migrant has a choice. If a person is unhappy with the situation she/he is living in, this is an opportunity of a life time. Globalisation in its glory as it contains new opportunities and new possibilities for those who are included. Does this mean that migration always is beneficial for the migrant?

It spins my mind every time I try to figure out the distinction between voluntary and forced migrants. I understand that voluntary migrants have migrated due to achieving a better life. Is not a forced migrant searching for a better life as well? As I see it the migrant has a choice but the alternatives the migrant is facing are diverse. The definition of a better life can differ depending on the migrant. A Swedish migrant might go to Ghana for working as a volunteer as the migrant feels that the journey will improve this person's life and contribute to improve other peoples' lives. Sweden is a safe place to live in and thereby the migrant was not forced to leave. However, a sense of guilt towards inequalities might make the migrant feel forced to leave. This migrant is still referred to as a voluntary migrant. A forced migrant, on the other hand, is someone who has to move due to war or starvation in the country of origin. It is in this case a matter of survival or death. Is not the forced migrant also searching for a better quality of life? If this is the case are not the forced migrants and the voluntary migrants both benefiting from migrating? It is then only the migrants who have achieved refugee status who are truly forced as they are facing death if returning. Migrating is then only a matter of survival and not a matter of benefiting. The refugee might have appreciated life in the country of origin more than the life in the country of destination. Furthermore, problems might arise when the country of origin will not accept the refugees to repatriate.

As the different states are controlling the migrants it is not farfetched to claim that the states are the most beneficial actors influenced by migration. If the migrants were those who were meant to be benefited then migration would have no reason to be controlled by the state.

*Charlene is of the University of Malmo,Sweden. An African born in the diaspora, Charlene has deep interest in her roots