WHY IT IS IMPERATIVE TO RECALL JUSTICE AYO SALAMI 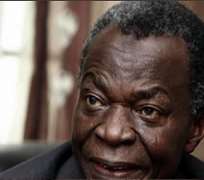 When we look back at our history, one is reminded of the wanton injustice which pervaded all strata of the Nigerian society firstly, in what historians have termed colonial Nigeria with its attendant whimsical colonial policies and secondly, independent Nigeria with its continued embrace of these colonial policies. The so called Nigerian state was concieved unjustly simply because the project to bring more than 200 diverse ethnic groups together forcefully and under one roof without their consent and agreement sparked of a parochial campaign which today leaves the Nigerian state strictly on a rickety foundation and almost willing to collapse on us all.

The British were the masters of this game when in their bid to impose colonial rules and policies committed a flagrant disregard for the rule of law whereby injustice became not only the rule but the exception or how else do we explain the amalgamation of the two protectorates, the indirect rule system and the series of colonial constitutions placed on our hands which neither promoted social cohesion, deepened our political culture nor promoted laws which would enjoin virtues, brotherliness and trust. The British were interested in nothing but the preservation of their hegemonic status much that at the time of flag independence, nothing worked while injustice with its different colouration permeated.

It was this injustice that led to the collapse of the first republic as many would not forget easily a statement made by one Justice Oyemade at the time when he stressed the need for a 'fearless and upright judiciary' simply because some elements were bent on altering the course of justice. Because in Nigeria, our politicians habitualy fail to learn from history, we have been doomed by it, which is why we are where we are today.

Violence, tyranny, schisms, killings, shootings, maimings, kidnappings, corruption, bunkering, pilfering, rouguery,thuggery, bombings and all sorts of crimes and illegality against humanity have now become a norm and charactersitic of Nigeria's socio-political space simply because those enthrusted with the Nigerian project and social contract have played by the rules through injustice rather than the opposite.

When we look back at the rise of militancy in the Niger-Delta, we would understand that our leaders had messed things up and for that reason must feel ashamed for allowing the salient voice of Isaac Jasper Adaka Boro to whither away. If justice had been dispensed when Boro was making the noise about resource control agitation, the likes of Ken Saro Wiwa, Asari Dokubo, Henry Okah and the hundreds of oil agitators who held the Nigerian nation on the juguar would not have occured in the first place. Nobody would have talked about an amnesty programme for jobless youths who had been pushed to the wall by the Nigerian state. The years of injustice evident in the Delta had led youths to wield guns, bringing our giant of Africaness to opprobrium.

As if that was not enough, the Nigerian state have moved from small violence to big ones which threatens the corporate existence of the country. Even as this writer condemns all acts of killings and violence perpetrated by faceless groups and religious sects in the North, those at the leadership ladder in Aso Rock have failed to understand that it was injustice that bred the Boko-Haram sect and its actions against the very dignity of the Nigerian state. We must forget whatever demands or ideology demanded by the dreaded sect, the government and its failed institutions annihiliated the founder of the sect unjustly, giving him no chance to defend himself in a court of competent jurisdiction.

Muhammed Yusuf was systematically and unjustly killed by the powers that be, yet the government talks of bringing the sect to its knees. Injustice anywhere is pursued violently and with vengeance by those affected in one way or the other which is what Boko-Haram had done even though they had gone insane in recent years trying to take revenge .

It is this same injustice that permeates all strata of the Nigerian society most especially those that concern the judiciary and the unjust suspension of the former President of the Court of Appeal, Justice Ayo Salami. It sparks of nothing but sheer irresponsibility and senselessness on the part of those in power to further push aside a man who had served the nation well with unblemished records, simply because he spoke the truth and dispensed justice accordingly. Those in power have forgotten so soon that with this injustice upon Justice Salami, the judiciary had become unprecedentedly compromised, sick, pretentious and lacks the salt it had been worth for decades. It would therefore, not be a surprise to find the judiciary in the same mess the Niger-Delta and many parts of the North are today.

The Nigerian judiciary today is in judicial mess simply because it had allowed itself to be manipulated by politicians. It is sad that because of one man, more than five committees had been set up either to give him a clean bill of health or recommend swift punishment over issues that continues to marvel insiders. It is even more appaling that President Jonathan swiftly acted in suspending the Court of Appeal President based on a National Judicial Council recommendation, claiming he did not want a vacuum in the position, yet refuse to swiftly reinstate Justice Salami, following a reported recommendation to that effect.

Nigerians do not need statements and recommendations anylonger on the Justice salami impasse. We all know he was eased out by the powers that be simply because he refused to do their biddings. We all know that he was a man who would never compromise standards and the way he went with several tribunals sent a signal, most especially the Presidency that he might otherwise go against them if all facts were tabled.

It is therefore, imperative that Justice Salami is recalled to bring stability, respect, unity and sanity back into the judiciary. A situation whereby the injustice seen everywhere engineers itself into the judiciary is not a headache we need now. Those who matter most in the Justice Salami issue must put all hands together to ensure that a man of his calibre is accorded his right so that many would not perceive his suspension as a means not to be straight and truthful at all times.

This writer is of the opinion that if justice is delayed in the Justice Salami case, we all must be ready for the harsh consequences like the ones faced in the North today. Those in Aso-Rock must learn from history else they should not grieve when they are condemned by it.