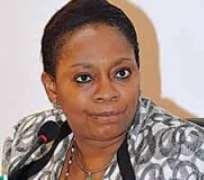 THE House of Representatives' Committee on Capital Market yesterday engaged the Securities and Exchange Commission (SEC) Director-General, Arunmah Oteh, in dramatic exchange of hot words over allegations of abuse of office.

At the public hearing on failure of the capital market, the committee drew attention to the fact that Oteh allowed some members of staff of a commercial bank which SEC was supposed to supervise to be seconded to her office to perform key roles in regulating the financial sector.

But Oteh said there was nothing wrong in sourcing workers from the commercial bank stating that the work those workers performed for SEC had nothing to do with regulation of institutions in the financial sector.

Chairman of the Committee, Herman Hembe, who presided over the hearing said: 'How can you allow Access Bank which is one of the financial institutions that SEC regulate to second its staff to your office? This can compromise the operations of SEC and further kill the confidence the public have in capital market.'

In a swift reaction, the SEC boss said: 'Those workers were on secondment from Access Bank. Their work has nothing to do with our regulatory functions in SEC. By your comments, you are implying that SEC had been affected by the secondment. This is not the case.'

The committee equally declared that issues of competence in the regulation of the financial sector has been negatively affected pointing out that 'if regulation is impaired by bias and incompetence, there is enough reason to worry about the future of capital market. The question is who pays the salaries of those workers from Access Bank?'

In her reaction, Oteh said that the manner in which the committee was asking questions suggested that there were other motives behind the questions.

'I think as leaders, we need to ensure that the questions we ask are in line with the overall interests of Nigerians that we are supposed to be protecting.'

Hembe later declared that the committee was being made to doubt the qualification and competence of Oteh as SEC Director General.

'On this note, I will ask that while you are coming here tomorrow, you bring proof of your qualification. The Senate may have cleared your based erroneous document you presented to it.'

'We have also found out that you have been spending the money of SEC unjustly. You have stayed in Hilton for eight months. On a particular day, you ate N85000 worth of food on a single day; you spent over N30 million within the period. We have proofs of all these' Hembe said.

The committee had also berated SEC for not taking enough measures to protect the investments of investors when it became clear that the capital market was failing.

However, Oteh said that SEC acted in collaboration with CBN and other members of the Finance Sector Regulation Committee to provide enough protection for investors.