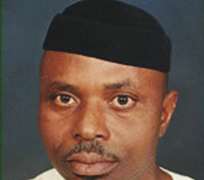 Mimiko
The race for the next governorship election in Ondo State is already gathering momentum. Though Governor Olusegun Mimiko has not officially declared his intention to run in the race, all indices have continued to show that the governor is seriously interested in the seat for another term.

Mimiko is a grassroots politician by every standard. All his life, he has played politics in the Sunshine State. He is a two-time commissioner and former Secretary to the State Government (SSG).

On February 24, 2009, Mimiko took oath of office at a colourful ceremony held at the Ondo State Sports Stadium, Akure. Three years into his administration, the ovation that greeted his coming has refused to subside. Notable among his achievements are Mother and Child Hospital, mega schools, auto marts, mechanic village and neighborhood markets. These projects have continued to place the Labour Party government in good stead.

For Akindele Adeniyi, a member of the state House of Assembly, Mimiko's achievements would surely see him through the second term ambition: 'I stand to be corrected, no governor has performed like Mimiko since the state was created. His achievements are there for everybody to see. The mega schools, Mother and Child Hospital, Arigidi Tomato Factory, empowerment for artisans, building of neigbhood markets, auto marts and many others are there.

'The governor has also embarked on urban renewal programme in Akure, dualisation of Arakale, Ondo and Owo roads, payment of bursary and scholarship to students of the state origin and a host of others.'

One fact is clear, no elected governor had been able to secure second term, since 1976 when Ondo State was created except the late Chief Michael Adekunle Ajasin. He was re-elected before his second term ambition was scuttled by the military incursion in December 1983. Ajasin spent just three months in office. Two other governors, the late Adebayo Adefarati and Olusegun Agagu, could not make it the second time.

The camp of the ruling party has witnessed massive defection of some of its founding members. As at the last count, about seven former strong members of the LP pitched their tents with the Action Congress of Nigeria (ACN). They include Dr. Olaiya Oni, former deputy chairman, Southern Senatorial District, Senator Omololu Meroyi, former Commissioner for Transport, Mr. Omonoyi Omodara, former Commissioner for Natural Resources, Solagbade Amodeni and former Special Adviser on Strategies, Mr. Saka Lawal.

However, the deputy national chairman of the party, Joseph Akinlaja, said the resignation would further strengthen the party to future elections in the state. He explained that the action of some members of the party was normal in any political setting. Akinlaja who is a member of the House of Representatives, added that despite the resignation, many politicians are joining the party from ACN and Peoples Democratic Party (PDP): 'We are not moved by the defection of some of our members. This cannot affect the chances of Mimiko at the polls.'

The governor is also battling with the PDP. Mr. Jimoh Ibrahim from Igbotako in the South Senatorial District is the first in the PDP to likely express interest in the coveted seat. Others are former state Speaker, Victor Olabimtan and former Head of Service, Mr. Alabi Isijola.

Majority of the aspirants are from Northern Senatorial District particularly Akoko axis, where political analysts argued must produce the next governor in 2013. Between 1999 and 2003, Adefarati ruled the state and came from the North. Agagu from the South ruled between May 29, 2003 and February 23, 2009. Mimiko hails from Ondo in the Central. Many believe it is now the turn of the Northern District to produce the next governor.

It will be a Herculean task for the leadership of ACN to pick its governorship candidate. Despite the opposition, Mimiko's party has refused to wane as more people are joining the LP from the ACN and PDP camps. The number of aspirants jostling for the governor's position to many is not a threat to the LP camp. Most of the aspirants are not seen as serious contenders. Many also argued that the unwritten rotational system cannot stop the governor's second term bid as most Akoko politicians are solidly behind the governor.