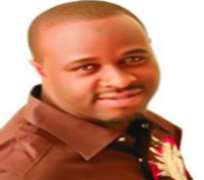 According to information gathered by Nollywoodgists.com, Femi, son of veteran actor, Adebayo Salami, who is well known as Oga Bello, was robbed at gun point around Ogba round-about while coming from a movie location yesterday night.

We learnt that the armed robbers went away with his brother, Kia Sorento SUV driven by his brother. The snatched car was later found abandoned few hours later along Lagos-Abeokuta Expressway, Ifo, Ogun State with his brother.

The robbers also went away with the actor's Blackberry Porsche, Blackberry Bold 5, an iPad and other items.

As at press time, we were unable to get through to Femi, we learnt was still in the trauma of the robbers' attack.