Understanding What Women are attracted to 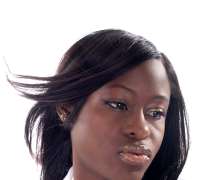 What most men don't realize is for women attraction isn't a choice. They either feel it for you or they don't, it's that simple. If a woman doesn't feel attraction for you from the start, they more than likely never will. So no matter what you say or do, if a woman does not feel attracted to you, you cannot simply convince her to “change her mind”.
Just because you're rich, attractive, successful, drive a nice car, take her to fancy dinners, buy her expensive things, that won't make her feel attraction for you.
Women don't choose men they are attracted to based on logic. They might say they do, but they don't.
Women choose mates by their level of attraction they have for them (unless they are gold diggers) and not for what you can give them in return.
A big mistake a lot of men make is bribing women with gifts that make them fall in love with you. But it actually has the total opposite effect. Women see this as you needing their approval because you don't think you are worthy enough to date them without having to buy them things in return.
Why do you think so many women get into relationships with bad boys who treat them terribly? Because these guys trigger an attraction inside these women, it's not logical, but it's a fact.

I'm not saying you have to treat women terribly to make them feel attraction for you, but you don't have to cater to a woman's every need either.
Most women would much rather date a poor guy with no money. As long as he's charming, funny and just a fun date than a guy who's rich, buys them things and is stuffy and boring.
Women want what women want and you can either be what they want or be what they don't want, it's your choice.
This book isn't about changing you to suit women, it's about showing you that you don't need to do all these things to make women attracted to you, you don't need to bribe them, you don't need to stress if one woman doesn't like you, this is your life, you choose who you date, not the other way around.