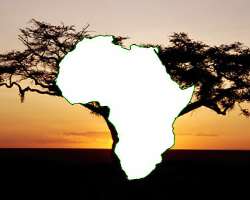 In the United States of America, February is regarded as the important Black History month, especially on leap/Olympic years when there is an extra day in the month. Black History month is a time when African Americans and other ethnicities pay homages to the contributions of African American peoples, legacies, and cultures to the large society and the world. We celebrate the arrivals of Moorish Africans and other colored peoples from before the slave trade era to the Americas and the survival of subsequent Africans throughout the hideous systematic chattel slave trade period that went on for more than 400years. While new inward bound Africans (those who have arrived within the last 30years for reasons of education, economic refugee status, and population reducing genocidal wars, without the preoccupation of immediately migrating back) do not have the general context of the African American past, they automatically become enthrone in the polity of centuries of oppression, apartheid, vileness, and lackadaisical integrations, and some triumphs.

Despite these reviling and valiant heritages African Americans and other African Diasporans in the United States still makeup 13% of the population. The stability in the increasing number of black inhabitants is spurred on by the high birthrates of new African arrivals from the 1st continent, other parts of the world, and some segments of the African Americans. Nonetheless, these commonalities have not brought the African Americans and Africans closer as one would imagine. Instead from within and without projections made and accepted by both sides continue to provide rifts. Rather than organizing, forming institutions, exchanging information, and standing as a global majority that just happens to be a minority within the limited North American landscapes, we seem to recoil and be condemned to self-fulfilling prophecies.

When Africans in the United States receive various pushbacks from our African American cousins we normally console ourselves with the notion that at least we flew in instead of coming through the transatlantic slave trade. Most African Americans do not understand the aromas of our organic foods because they are more acclimated to the chemically processed food in the West. Some of the resistances we experience include taunts about not knowing how to speak English despite our linguistics and education prowess. The average American thinks that a non-North American and non-European accent is synonymous with illiteracy, go figure. Other caricatures and/or prejudicial venom depending on your interpretation that Africans in the United States are forced to reckon with include the allegations that we are arrogant, reside on trees, and chase lions all day. Apart from Hollywood, high school settings, and some other instances, these are thoughts that some European American members of the majority culture whose ancestors are the originators of these divisive biases, have learnt to suppress with political correctness and/or the drive for so-called diversity.

Interestingly, these aforementioned ideas have been ingrained in some African Americans through the influences of years of slavery, Jim Crow segregation, discrimination, and self hate. The depictions of Africans and African Americans in Hollywood motion pictures such as Tarzan and Minstrel shows respectively have ensured these stereotypes and prejudices. It is worth noting that whereas the Black exploitation or Blaxploitation movies of the early 1970’s came about when pockets of the Black Power Movements were still wearing dashiki, it only affected the image of African Americans in movies. As a result, the vestiges of division and mistrust appear to be the guiding norms between African and African American relationships. For the most part these misunderstandings are due to the impositions of the dominant patriarchal Eurocentric society like we have hitherto explored and our reluctance to educate ourselves independently of these prisms to curtail our learned prejudices.


New arriving Africans have also been affected by the legacy of discrimination and stereotypes against African Americas. We mainly grew up in periods of black dominated and centered societies that did not have to struggle against years of third/second class and none citizenship. Some Africans tend to belief the worse of our African American cousins and cannot contextualize the relationship between their marginalization in the West and our exile from Africa. It is imperative to connect the dots that results in the majority of Africans earning less than $2 a day while multinational companies are making trillion and billions from the natural resources of the continent with the collaboration of our leaders, and the economic deprivations of African American communities. We ought to also understand that the America and Europe that we come to seek opportunities from were built from the revenues of the Trans-Atlantic slave trade, the labor of slaves, colonialism, and the ingenuity of the preceding Africans that came on these shores. More importantly there is a need to appreciate how the life and death struggles of African Americans through the centuries have made it possible for us to arrive and strive in these societies.

Certainly, our refusal to implore and implement Kwanzaa principles such as Umoja (Unity), Kujichagulia (Self Determination), Ujima (Collective Work and Responsibility) goes without saying, why our schisms seems to be infinite. Some analysts have wondered about what would be the outcomes when African Americans and African immigrants cut the bull, educate each other, exchange ideas, and organize to their mutual benefits. Indeed there are more seamless synergies between the destructive elitism in African countries and the recently adulterated Hip Hop cultures of urban America that promotes the decadent bling bling and/or selective wealth cultures without aspiring to resolve the doldrums of the black masses in terms of outward and inward impositions for economic, educational, and institutional ineptitude. From Ethiopia to Nigeria, Uganda to Zimbabwe, our so-called African leadership does more to jettison and discourage the New African arrivals in the West, from coming back.

The nominal policies for the African leadership are to lock Africans immigrants out. Our continental custodians also want to keep African Americans at bay at all cost. Their guiding philosophies are- Do not liberalize immigration laws, encourage cultural contacts, promote people to people tourisms, support dual citizenships, foster economic corridors, and setup reliable educational exchange mechanisms. African leaders sustain the status quo guiding principles because they realize that the returning newly departed Africans (30years to present) and conscious/conscientious African Americans who get off the planes would be more inclined and empowered to oppose and change the contemporary norms of corruption by the so-called African elites. These informed African American and Africans would be more adept at challenging the imperialistic economic policies of the World Bank and International Monetary Fund IMF, and the worsen conditions of our African people.

In several critical thinking capacities for solutions, I have often pondered on how the United States’ African and International policies could have and could still be affected by the masses of African American political, economic, and non-violent prisoners. Assuming 50% of black men in the Washington DC area who are subjugated by economic apartheid in the US ghettos and major electoral disenfranchisement, eventually realize their innate powers and rise up to organize like Malcolm X by challenging the order of the day. We will be able to counteract the efforts of the 40years plus of conservative Omnibus Crime Control and Safe Streets Act of 1968, Organized Crime Control Act of 1970, and every other methodical miscarriage of justice laws. These laws have been used for racial profiling, indeterminate sentencing, and to “somehow” attempt to stop the surge of drugs that were deliberately introduced in urban communities.

Similarly, our African American women should join their men to fight off the negative impacts of the liberal welfare state/poor laws that have encouraged mediocrity, unglued the black families, chased black men from families, and condemned future African American generations. The new African Diaspora needs to understand that we cannot remain nonchalant because these prevailing structures are bound to affect our children in this generation or the next generation. We need to embrace, own, and tackle some of the African American problems in strategic organized partnerships. Thus educated, economically healthy, empowered, and structured African Americans would also be essential in assisting the African continent, without sole reliance on the natural resources and animal wood (jungle) visit economic paradigms.