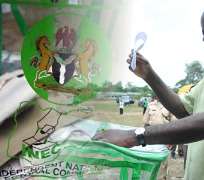 In the words of an Indian Spiritual leader, Mohandas Gandhi, "I object to violence because when it appears to do good, the good is only temporary; the evil it does is permanent." The import of this is that no matter what violence achieves in the end, its gains cannot be equated with what is achieved in times of peace.

The people of Cross River State are aware of this that they delight in peaceful living at all times even when situations capable of causing divisions arise among them, mainly arising from religious, cultural or political differences.

They have also taken to heart the admonition of another great man of inspiration, Larry Bierat, who once said, ‘He who cannot forgive destroys the bridge over which he may one day need to pass.’ Therefore, there is no need to bear grudges against anyone, especially in matters that dialogue and forgiveness can handle.

Saturday February 25, 2012 governorship election in the State where Peoples Democratic Party (PDP) candidate, Senator Liyel Imoke emerged winner provided another platform where the people demonstrated peace among themselves and visitors from the national headquarters of the PDP, Independent National Electoral Commission (INEC) and election observers.

Like it has always been, even before the general elections that heralded the return of democratic rule in the country in 1999, there has never been any recorded case of violence, public fights, molestation or gun shots in any part of the State. INEC officials had always gone round the State to monitor primaries and distribute electoral materials, both non-sensitive ones ahead of elections and sensitive ones on election days.

Observers on their part, both local and foreign, have always moved around the State, seeing for themselves how the electorates conduct themselves at election times. At the end, the reports they have always compiled usually indicate that elections are conducted in peaceful atmosphere, without rancor and bloodshed.

Today, many are wondering if there are truly people with divergent views and political affiliations in the State. The truth is that, they exist, but such ones are only short of ideas that they feel should replace the ones on ground. So they simply lighten up and embrace the system that is satisfying the yearnings of the people.

At the last general elections conducted in most parts of the country, the media were awashed with reports of violence and destruction of lives and property, which many agreed were unnecessary, considering the renewed zeal the Chairman of INEC, Prof. Attahiru Jega displayed on assumption of office.

In some cases, disharmony among party members and the electorates have resulted to dangerous upturn of electoral expectations. Few examples such as the shocking victories of governors of Oyo, Ogun, Nasarawa and Edo State in the last governorship elections in the State are there for everyone to see and understand the dangerous effect of disunity.

At the recent grand finale of campaigns for the re-election of Governor Liyel Imoke, held in Calabar, PDP Chairman, Board of Trustees and former President Olusegun Obasanjo praised the peaceful nature of Cross Riverians and the unity existing among them, but regretted that his home State, Ogun has not at a point, enjoyed the tranquility.

However, many reasons account for peacefulness in an environment. First, it is genetic. A people born in a place that is enjoying peace will certainly co-exist in peace. This is a situation Cross River State finds itself.

The early Christian missionaries, such as Hope Waddell, Mac Donald, Mac Gregor, Thomas Goldie and Mary Slessor who came to the State and settled mostly in Calabar as far back as the beginning of the 18th century, attested to the peace and serenity in the State.

Available records show that a good number of them lived freely with the people, learnt the local languages and built schools and churches where they propagated Christianity and advanced the people’s cultures. The cordiality they enjoyed among the people made them desire that they be buried in Cross River State when they die, and in adherence to it, some of them were interred in various parts of the State.

Second, the action of leaders also determine the peaceful and hostility of people in an environment. The State has always been blessed with peace-loving leaders, who show understanding and accommodate people irrespective of their sex, backgrounds, culture, religion or political differences.

Today in the State, the Igbos, Yorubas and the Hausas are living peaceably with one another, and engaging in their various business activities without fear. This is not new as it has always been the case even when reports of disharmony and intolerance are becoming rampant in some States of the federation.

Again, the Holy Book does not lie when it said when a righteous king is on throne, the people rejoice, meaning in this case that when a man acceptable to God and the people through his good works, selflessness and reverence to God is leading, the people find pleasure in the government and speak in one voice. This means unity.

The only way it can be sustained is to show appreciation to Almighty God for granting the State and its people this rare virtue, and to keep on promoting it , for it is only by this that Cross River State will truly develop and remain the envy of non-Cross Riverians in and outside the State.