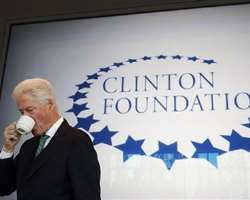 The list of nominees, which is now officially closed for this year, is secret and Nobel officials would not comment on its contents. But experts have begun speculating about who is on the list and some people eligible to nominate candidates have publicized their suggestions. The committee added the final names for consideration on Friday.

"It could well be that they look to Tunisia," veteran Nobel-watcher Jan Egeland, European director of Human Rights Watch, said on Monday after the five-member Norwegian Nobel Committee said it was considering two hundred and thirty one names.

"It's the only shining success story of the Arab Spring so far."

Other known candidates are former German Chancellor Helmut Kohl, the architect of Germany's post-war reunification, as well as the European Union itself.

The wave of protests that came to be known as the Arab Spring began in Tunisia and swept across Egypt, Libya, Yemen and most recently Syria, where President Bashar al-Assad has cracked down ferociously on his opponents.

The protests got a nod from the Nobel committee in 2011, when Yemeni protest leader Tawakkol Karman shared the prize with Liberian President Ellen Johnsen Sirleaf and Liberian peace activist Leymah Gbowee.

Egeland said the Arab freedom drive remained the world's most acute conflict and was far from exhausted as a Nobel theme. Earlier this month, Marzouki called on Syria's Assad to give up power and embrace "a democratic transition."

Among the 231 nominees are 43 organizations, said Geir Lundestad, executive secretary to the Norwegian Nobel Committee.

"Many of them (nominees) have been nominated for years in a row, but there are also some newcomers," he told Reuters. Last year's nomination list, the largest ever, consisted of 241 people and organizations.

The winner is announced in October every year, and receives the prize at a ceremony on December 10.

Kristian Berg Harpviken, director of the Peace Research Institute of Oslo and one of the individuals eligible to nominate candidates, has released a short list of those names he had submitted. It is headed by Gene Sharp, a U.S. writer and philosopher who has long advocated non-violent action for social justice.

Sharp is a known 2012 nominee, as is Harpviken's second choice: the Russian human rights organization Memorial and its co-founder, Svetlana Gannushkina.

Also nominated is Denis Mukwege, a gynecologist who has treated thousands of women raped by militia fighters in the Democratic Republic of Congo.

UNICEF, the United Nations children's fund, and GAVI, a public-private fund partly financed by Bill Gates, were also nominated, in recognition of their vaccination programs.

PRESSURE TO AWARD A PEACEMAKER
Swedish officials have opened an investigation into whether the Norwegian Nobel Committee has lost sight of benefactor Alfred Nobel's intention to honor "champions of peace" such as the organizers of peace and disarmament talks.

Analysts said the committee may therefore feel under pressure to follow Nobel's will more explicitly in 2012. In recent years, winners have included environmental activists, anti-poverty campaigners and women's rights activists.

Egeland said the committee should be allowed to interpret Alfred Nobel's will liberally on occasion but should now revert to basics.

"There are still 34 or 35 armed conflicts in the world and I think they (the committee) have to get back to recognizing heroes of conflict resolution or people working for the victims of war," he said.

"There are many prizes for good deeds in the world, but only one price for peace of this size and format."

The Nobel Peace Prize is one of five awards instituted by Nobel, the late Swedish industrialist and inventor, and is given to those who have "done the most or the best work for fraternity between nations, for the abolition or reduction of standing armies and for the holding and promotion of peace congresses."

First awarded in 1901, the peace prize consists of a medal, a personal diploma and cash award and is widely regarded to be the most prestigious award of its kind in the world.