WHY DAVID MARK MUST QUIT FROM THE SENATE 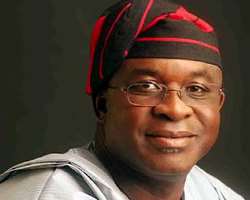 The subject matter of this discourse is the suit currently pending before a Federal High Court in Abuja seeking a declaration that, by the combined consequences of becoming a member/Chairman of a statutory body whilst a Senator and exercising powers under that body, Senate President, David Mark, has been caught by Section 68(1) (e) of the 1999 Constitution and therefore ceased to be a Senator of the Federal Republic of Nigeria. As a corollary, the suit seeks the additional order to compel INEC to conduct a bye-election to elect a new Senator for the district of Benue David Mark was elected to represent. The pertinent and pleaded Section 68 (1) (e) of the Constitution provides: "A member of the Senate or of the House of Representatives shall vacate his seat in the House of which he is a member if: Save as otherwise prescribed by this Constitution, he becomes a member of a commission or other body established by this Constitution or by any other law".

It is not in dispute that Senator David Mark is now: (a) a member/Chairman of the Governing Council of the National Institute for Legislative Studies (NILS) and that he also appointed the Director-General (DG) of the Institute; (b) that NILS is a body established by law, and that is: the National Institute for Legislative Studies Act (NILSA), which replaced the prior law under which the power to appoint the members/Chairman and DG of NILS was previously vested in the President until recently when the amended NILSA was enacted. Given the foregoing set of facts, the issue of whether David Mark is still a Senator or not will turn on the tenor of the sole exception found in the phrase: 'Save as otherwise prescribed by this Constitution', in addition to whether the statutory scheme of NILSA qualified it as a 'body established by this Constitution or by any other law'. The pertinent provisions of NILSA under which Senator David Mark became member and Chairman of a body are found in Section 3 (1), which states that: "There is established for the Institute the Governing Council. The Council shall consist of: President of the Senate as Chairman or at his instance the Deputy Senate President".

It is in pursuance of this provision that Mark appointed himself a member/Chairman of the Governing Council of NILS. Thus, Mark’s appointment (in this case: by self) as member/Chairman of the Governing Council of NILS, without more, fits the clear and unambiguous prohibition contained in Section 68 because he became ‘a member of... a body established by... any other law’. The Governing Council of the NILS is a ‘body’ established ‘by any other law’, and that is to say: the NILSA – an Act of National Assembly duly signed into law by the President. His additional non-legislative but clearly executive act of appointing the DG of the Institute is not required to complete his violation of Section 68, as was exuberantly pleaded by the petitioner. Instead, it made matters worse for him as it made the violation much more unimpeachable, and tends to resolve all doubts against him.

Additionally, Mark is damned by Section 4 of NILSA, which in pertinent part, contains companion provisions relating to tenure of office of members of the Governing Council of NILS, stating that a member ceases to hold office when: "the President of the Senate, in consultation with the Speaker of the House of Representatives on the recommendation of the Chairman of the Council is satisfied that it is not in the interest of the Institute for the person to continue in office and notifies the member in writing to that effect". This simply means that besides having the power of self-appointment as member/Chairman of NILS, Senator Mark also has the power of firing his fellow members. More provisions go on to state that: "Members of the Council may receive allowances as are applicable to government agencies and institutes or as may be stipulated by the Council in accordance with applicable Federal Government regulations".

Therefore, by also receiving some remuneration (even though designated as allowances), Senator Mark has lost any wiggle room and thus can hardly array any legal defense that will diminish the adverse impacts of Section 68 of the Constitution. Additionally, the only exception contained in Section 68, and that is: ‘Save as otherwise prescribed by this Constitution’, does not apply because there is no single provision (explicit or implicit) in the entire Constitution (as amended) that prescribed that a sitting Senator is allowed membership (or Chairmanship) of other body created by law; instead, there are several more to the contrary. However, if Senator Mark’s membership/Chairmanship of NILS can be said, by some stretch of frivolous legal argument, to be saved by the Constitution on the premise that NILS has some nexus with legislation, it will then mean that the Senator or any other Senator can simultaneously hold any of the other offices that also have some connection with legislation or the legislative branch.

Such offices are legion, and they include, most notably, the National Assembly Service Commission, which then must spite the Constitution by having David Mark as its member and Chairman, all with the unfettered powers to hire and fire the Clerk of the National Assembly. In other words, it is this sort of freewheeling situation that the framers of the Constitution and the Nigerian people contemplated by inserting the explicit prohibitions found in Section 68. The presidential Constitution of the United States, similar to the Nigerian Constitution, contains a comparable prohibition. The Incompatibility Clause of Article I, Section 6 of the US Constitution prohibits a member of Congress (Senators and House members) from holding another office whilst a member of Congress. It states: “No Senator or Representative shall, during the time for which he was elected, be appointed to any civil Office under the Authority of the United States ...; and no Person holding any Office under the United States, shall be a Member of either House during his Continuance in Office”.

Thus, just as the framers of the Nigerian Constitution intended, assumedly guided by the older US Constitution and the desires of Nigerians, the purpose of Section 68 of the Nigerian Constitution is to prevent dual office holding by a member of the National Assembly and to foreclose the temptation of a member to vote to create an office in hopes of an appointment without losing his or her seat. The clear intention is to prevent competing loyalties or an accumulation of power in a single legislator; or to preserve the Separation of Powers doctrine that prohibits a legislator from exercising an executive function over laws that he himself participated in making. That such legislator, as in the case of Senator Mark, self-appointed himself makes it more abominable, and represents the worst definitions of impunity that the Nigerian people constitutionally prohibited.

This is made worse as NILSA was enacted in 2011, with Senator Mark superintending as the President of the Senate. Therefore, by knowingly and intentionally becoming a member/Chairman of the Governing Council of NILS, Senator Mark has, by operation of law and without the necessity of a lawsuit, automatically vacated his seat in the Senate. It is thus troubling that INEC failed in its constitutional and statutory role of declaring David Mark’s Senatorial seat vacant (or withdrawing his Certificate of Return), thus forcing a vigilant and aggrieved Benue citizen to take the laudable but costly step of proceeding to court to seek a declaratory judgment.

Odumegwu wrote in from [email protected]