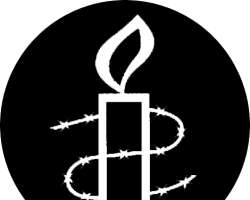 Jackrich was arrested on December 28, 2008 by the Joint Task Force (JTF) in Kalabari, Rivers State and has been detained at Kuje Prisons since then.

Militants loyal to the fugitive leader of the once-dreaded Camp Five, Mr. Government Epkemupolo (aka Tompolo), has, however, given fresh conditions, which they said must be fulfilled before their troops will surrender their weapons and embrace the amnesty deal.

But the Federal Govern-ment's Committee on Amnesty and Rehabilitation yesterday released the collection and holding centres for the repentant militants in the Niger Delta.

JTF also announced that it was pulling out its remaining troops in the coastal Ijaw communities of Delta State in line with the terms of agreement reached with stakeholders in the region.

JTF's announcement came as the mass relocation of hundreds of persons displaced in the wake of the May clashes between the task force and militants in the Ijaw traditional Kingdom of Gbaramatu in the state commenced.

President Umaru Musa Yar'Adua had on June 24, 2009 proclaimed the amnesty deal in which he gave repentant militants 60 days beginning from today to take advantage of the offer.

The programme provides unconditional pardon to all persons who have directly or indirectly participated in militant struggles or the commission of offences in the course of militant activities in the area.

Jackrich's resolve to embrace the amnesty offer came through a letter addressed to the Chairman, Amnesty Committee who is also the Minister of Defence, Major-Gen. Godwin Abbe (rtd), by his counsel.

In the letter dated August 5, 2009, the counsel to the militant said: “We are solicitors to Saboma Jackrich (aka Egberipapa) (hereinafter referred to as our client) on whose specific instruction we write.

“Our client was arrested on the 28th December, 2008 by the Joint Task Force in the Palace of the Amanyenabo of Kalabari, who is the traditional ruler of the Kalabari people.

“On the day he was arrested, our client being a leader was invited by the JTF to attend a reconciliatory meeting geared towards ending militancy in Rivers State. Surprisingly when he got to the venue of the meeting, he was arrested by the JTF. This action of the JTF, in our view, amounts to a serious breach of trust on the part of the JTF.

“Since this arrest, no charge has been preferred against him and there is no sign of any willingness to charge him to court, rather he has being detained endlessly in the Kuje Prisons.

“Consequent upon the amnesty offer of the President of the Federal Republic of Nigeria made on the 26th of June, 2009 to all militants in the Niger Delta, our client has unequivocally accepted the offer and also pledged to work with the government in realizing the aim of eradicating militancy in the Niger Delta region.

“It is our prayer, therefore, that our client should also enjoy the privilege just like other militant leaders since he has willingly and unequivocally accepted the amnesty offer with its terms and conditions. We urge you to use your good offices to direct the Kuje Prisons Authority to release our client from the prison custody as 'what is good for the goose is good for the gander'.”

The conditions allegedly given militants loyal to Tompolo were as controversial as the authenticity of the claims of the group to having a power of attorney from the militants in the creeks.

The group accused the political leaders of the South-south geo-political zone of short-changing the “freedom fighters” in the amnesty deal, insisting that the original authors of the amnesty plan had been sidelined in the ongoing implementation process.

Leader of the group, Prince Joseph Harry, disclosed at a news conference that he had the mandate of Tompolo and other leaders of the Movement for the Emancipation of Niger Delta (MEND) to negotiate fresh terms with the Federal Government upon which the militants would lay down their arms.

The group claimed it had made contacts with the Inspector General of Police (IGP) on its demands but could not confirm whether the police gave them the go-ahead to pursue the said demands.

Under the new terms, all multinational oil firms operating in the county are required to submit to the IGP vital documents including the certificates of allocation in respect of their oil blocks and the last receipt of payment of royalties to the Federal Government.

The oil firms are also expected to make available to security agencies the actual figures of their daily production of oil from each oil well and would be made to sign a memorandum of understanding with the government that they will no longer engage in illegal bunkering activities.

Harry also directed all militant groups to produce visual tapes of arms and ammunitions they intend to surrender and to be prepared to surrender same on or before Saturday, August 8, 2009.

He urged the Federal Government to disregard the antic of the political leaders of the Niger Delta who according to him, were not interested in securing lasting peace.

The Media Coordinator to the Amnesty Committee, Dr. Timiebi Koripamo–Agary, released the collection and holding centres for the militants.

In Edo, the collection point is Egbema Secondary School, Ofuneama, while the holding camp is at Federal Govt. Girls College, Ugbowa, Benin-City.

The collection point in Ondo State is at Okitipupa, Oil Palm Company Okitipupa LG, while the holding camp is at the Unity Secondary School Ode Aye, Okitipupa.

In Akwa Ibom, the collection point is at the Eket Local Govt Staff Quarters, while the holding camp is at the Federal Science and Technology College, Ukan Offot, Uyo.

The Media Coordinator said to take advantage of the amnesty, the repentant militants should go to the nearest screening centre, turn in their arms, register, take the oath of renunciation and receive the presidential amnesty and unconditional pardon following which such persons will register for the reintegration programmes.

The committee thanked the militants who have called to accept the amnesty or have made statements in support of it, calling on them to formalize their acceptance of the offer within the stipulated period.

“For those who may still be harbouring second thoughts, we ask them to follow the example of the MEND leader, Henry Okah, who has not only taken the amnesty offer but is today a free citizen of our country and the world,” he said.

Meanwhile, local wooden boats, popularly called “Kpekpekpe,” conveying over 500 displaced persons left the jetties of the Nigeria Ports Authority (NPA) in Warri around 12.45 pm yesterday on the long and slow journey to their Gbaramatu homelands.

The traditional mass transit boats were followed by speedboats carrying some 30 JTF personnel as escorts for the returnees, who are mostly women and children.

The final pull-out of the JTF troops, which was announced by the Sector One Commander of the task force who is also a member of the Re-entry Committee, Col Ahmed Mohammed, is expected to put an end to the persistent call by some Ijaw leaders and militant groups that the presence of military personnel in the affected Ijaw communities particularly Delta State was hurting the peace process in the Niger Delta.

Mohammed said the commencement of the re-entry and relocation exercise also marked the closure of the waterways between the Warri Port in Warri South Local Government Area (mainly Warri metropolis) and the strategic Escravos Channel or River, where many off-shore oil and gas facilities are located.

The sector commander, who spoke on behalf of the JTF Commander, Major-General Sarkin Yaki Bello, however, noted that the waterways would remain closed at night.

He said the relocation of the displaced persons was made possible by the mutual agreement reached by the Delta State Government, JTF and Ijaw leaders particularly from the Gbaramatu communities.

“We have all agreed to put the unfortunate incident that led to the crisis behind us and to forge renewed, harmonious relationship with the various communities”, he said, noting that the JTF had had a flourishing rapport until the hostilities that broke out between it and militants in the area.

On the withdrawal of the troops, Mohammed debunked the numerous claims in some quarters that JTF had practically turned the Ijaw communities into a military occupied territory.

“As at this morning, August 5, 2009, only 10 of our men are in Okerenkoko, which is the only community where we had JTF soldiers stationed; all the talk about JTF occupying the Gbaramatu communities is entirely false,” he said.

He said it was agreed by the stakeholders that the 10 soldiers would be withdrawn from Okerenkoko as soon as the displaced persons returned to their homes; and, the community would then be responsible for providing general security in the area.

Earlier, the Chairman of the Delta State Rehabilitation Committee who is also a special adviser to the Governor, Mr. Kingsley Otuaro, said that the state government was providing “temporary structures”, which will serve as shelter for the people, while relief materials including foodstuff, bedding and medical suppliers would also be provided.

Hundreds of the displaced persons had been camped for several weeks at a relief centre at Ogbe-Ijoh, the administrative headquarters of the local government.

The state Governor Emmanuel Uduaghan had last weekend announced, during a meeting he held in his private house in Warri, that the mass relocation exercise would commence last Monday.