What I learnt from Ojukwu 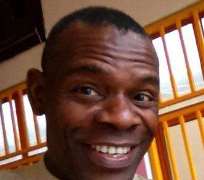 It was one of those heady days in 1989 and I was serving as Personnal Aide to the Ikemba, Chief Emeka Odumegwu Ojukwu. It was always an effort for him to do anything during the day because it caused quite a bit of a traffic gridlock if the Ikemba ventured as much as on to Falomo road, from his house at Villaska, Queens Drive, Ikoyi, Lagos,Nigeria.. He was just too popular or rather some would say notoroius a man, respected and feared by even his enemies.And here I was a 'lamb' unknown and finding myself in his employ not really recorgnising what it meant. I handled his business, his public relations and funny enough I stood at his back when he addressed gatherings. Often, varied thoughts would race through my head. He said it was better I was known as Aide not business manager as hitherto. I did not really know the meaning. It meant that my duties increased without bounds. Instead of having Sundays off, the Ikemba explained that I had to put in all the time now. I felt a bit uneasy. Already I have been living in Villaska with him for months. I cherished my freedom but I had a duty to perform. The other occupant was Ebele, the 8-year-old daughter with his last wife,Stella. Of course, we had Stewards, Gardeners, and Cleaners and cooks.We had a driver. Everything had to be impecable in the quintessential British tradition. I was his legs and sometimes mouth outside. This particular day I complained that mosquitoes bit me because owing to the workload I had to pass the night in the office. Apparently, the Ikemba was not amused. “Is it not your mates that go to the war front?” he roared! I went back into myself. Maybe I should not have complained.

Life in Villaska was not all that rosy for the pressure came from the uneasy relationship with the Military government. Just outside at the beautiful Sea front you could clearly see the constant human souvellance. Young men are there taking records of the car plate number of visitors. Intruders were kept at bay by the twin signs “Beware of Dog” and “Beware of snakes” I never saw any snake throughout my stay though but it may have helped save us unnecessary intrusion. Once I enquired of the Ikemba; what was the secret of his overwheming hold on the people and he smiled. There was nothing really. He is just human. Then, he lighted up as he relayed the story of an attempted assasination while he was in Exile in Ivory Coast…. This man had done the entire job perfectly evading all the security checkpoints and gaining entrance into his house aas he launged outside reading by the balcony. Nevertheless, the man failed to complete the job unable to steady his nerves to pull the trigger on very close range and so the bullet missed its mark by a wide margin. Taken to custody, the intruder confessed that prior mindset of likely missing his shot made his handshake as he pulled the trigger. The lesson is that sometimes the mindset of people about a leader may become his redeeming quality at crutial times and this becomes the magic.


When I left the University in 1984, the Student Union flame was still burning so I faced unemployment or rather underemployment doing all sorts of things without requisite qualification ranging from beauty contest to public relations. I took up this job as a reporter with the Ikemba's NEWGLOBE magazine based at Apapa Lagos. At that time, The Alhaji Shehu Shagari Administration had pardoned him and paved a way for his return from Exile. However, it did not seem to go down well with the post Shagari military. From Buhari came IBB. Therefore, the Ikemba found himself in a crucible by the trend of events. His attempt at Business endeavour was twarted. His Magazine died within a year.Some of us employees kept the impossible faith that the Magazine had only gone to sleep and would soon awaken even if for the sake of our salaries. In this group was also Gbenga Adefaye of Vanguard Newspapers. Alas, we waited in vain. Meanwhile, apparently I may have warmed my way into the notice of the Ikemba. I doubt if it was particularly my writing that did the trick for I was not that exeptional in my reports;maybe it was my inquisitiveness for,often, I would take him on some historical points. When it became clear the magazine was not going to publish further, he commissioned me to write a book on the Late General Aguiyi Ironsi.For the next four years I was on this project under his sponsorship. I worked from a furnished office space next to his at Apapa. Once, in a while when I had doubts or needed clarifications I would sit for hours getting his views.He gave me introductory letters to some of the dramatis personnae including Mrs Aguiyi Ironsi. My zeal was probably all I had for I could not really say I was making progress. The family of Aguiyi Ironsi tactically shut the door on me. Was I too young to handle such a weighty topic? Perhaps there were other reasons. The Ikemba advised me never to look back. So the struggle continued under very stringent budgetary conditions. My hope for the four- year reasearch lay in the publication of this costly book. Alas, it was not to be as the Manuscript itself may have become too sensitive for the government to overlook. Apparently, it was confisticated by a publishing firm claiming that my representative sold it to them. Case closed. At that time, Nigeriawas not as open as it is today. The Ikemba urged me to go to court innitially. However, later on, it seemed to me that although unaltered we both came to terms with what was flowing under the bridge.

The Ikemba was determined not to go through the same experience with his own manuscript on the works. “The Book” as he used to describe it was an ongoing work.My experience was apparently a revelation for him. With rising financial crunch arising from cripling measures from the Military government, the Ikemba had to survive through novel means. Sometimes we would sell one of his Mercedes cars to someone who would pay us instalmentally only at the end of each month for a long spread since we could not go to bank for any thing. Sometimes the money failed to come as agreed by month end.The last time the Ikemba visited someone in a University, the institution nearly closed down.He could only go out deep in the night unrecorgnised. There was need for another way of making a living. The Ikemba's last interviews with the Lagosbased African Guardian weekly magazine opened our eyes. The Magazine sold out and for weeks, when it ran out of print, photocopies sold for months on end. Meanwhile we literally eked a living here. It was becoming a harder to pay salaries. I tabled the suggestion to the Ikemba that we compile his ideas into a book. I did not originate the idea but gave it more urgency. Apparently, he bought the idea so we set a moratorium on further interviews and we set to work compiling his past speeches. He would update and correct them and I would proof read and make suggestions. It was then I learnt he had submitted a part of the manuscript with the same publisher in Enugu. Now a new direction was in the works. His orientation was to change in the interim at the very least.. A new image he was building for himself would manifest with the new publication. The Ikemba explained he was turning a new leaf. “Did you notice that now it is “Emeka” no longer “Chukwuenmeka Odumegwu Ojukwu” he would point out. The Warlord profile will have to go with all negative memories of the civil war. It is time to help rebuild Nigeria

Therefore, the Ikemba chose the title appropriately “Because I am involved”. He could not just fold his hands since he was bound to suffer the consequences of a derailed nationhood. We managed to, tactically, withdraw the manuscript from Enugu and fowarded it to Spectrum publishers Ibadan, Oyo State Nigeria. Spectrum publishers were businesslike and challenged us to new ideas. Ikemba became busy considering other topics suggested by the publishing house. For instance, “Walking the minefield” chapter was an entirely new suggestion of the publishing house to situate the book on current affairs. The most controvertial chapter was not even the evaluation of past leaders but for me his decision to dedicate a chapter to Bianca Onoh,the then reigning “Most Beautiful Girl in Nigeria” and “Miss Intercontinental”.I found myself disagreeing with the Ikemba on the suitability of this addition and I still remember his countennance. He simply insisted it was just okay. Later on, I saw the wisdom. Bianca represented a symbol of the future that will outlive the present and every good book must include all generations to be always relevant. Bianca was his attempt to draw us away from the bitter past into a promising future. We were already considering Emeka and Bianca prospects but I did not think he should do such a solid association before hand. What would the press say? Getting to persuade my former employers Silverbird Production to release Bianca to visit the Ikemba at Villaska was an uphill task for me. The Ikemba had insisted that he would receive the Queen but Ben Bruce was adamant. He felt releasing her would hurt the pageant. At that time it was not, a good idea for a pageant to be controversial The Ikemba never swallowed his words and I made it clear to Ben. At last, he piped down.He sent his pageant Coordinator to accompany her. At Villaska, Bianca accompanied by her Chaperon received a reception fit for a queen. Everyone began to relax. It was not a bad idea afterall. The rest is History.