SIMPLE OBSERVATIONS ABOUT LIFE AND AFRICANS 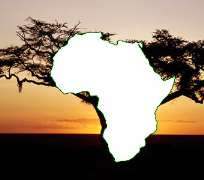 “Have you ever seen a son or a daughter accuse his or her father or mother of embezzlement? They sure must know that their parents are thieves. The children say nothing and do nothing, but instead enjoy the loot. They may even grow up to be like father, like mother. But really, how does it feel to know that your parent is a thief who contributes to the fall and decadence of Nigeria?”

“Several factors influence why we marry one person and not the other. When it comes to love and money, should a woman marry for love or marry for money? It is risky to marry a poor fellow or a fellow with no money-making potential. He may become a burden, an excess luggage. If you marry for money, love will develop; but if you marry for love, poverty may make you hate him. Love may be necessary, but it is not sufficient. Frankly, I think only fools marry for love.”

“In Nigeria, if a big man steals fifty million dollars, he may end up in jail for 2 years. That’s if he is unlucky, otherwise, they just detain him for a few months and let him off for “lack of evidence” or that he is too sick to stand trial. But if a poor man steals five dollars, he may be burnt alive; otherwise, he goes to jail for several months. Or even several years. Kiriki is full of petty thieves; Abuja is full of million-dollar robbers.”

“What is the matter with some women? There are times when you cannot be sure who or what you are dating. It is beginning to get on my nerves: wigs and weaves and hair extensions; false eye lashes and stencilled eye brows; fake boobs and or bras that makes breasts look bigger; and fake nails. When all the appendages are removed, you are left with nothing but annoyance. Will the real women please stand up and be counted? Damn, I hate those wigs and extensions.”

“Ever wonder why Nigerian politicians are quick to take the oath using the Bible or the Koran? They do so with all confidence, with impunity. But ask them to take an oath with their hands placed on juju…they will refuse. And if they did, they’d be faithful to the oath. This is so because they know what the repercussions will be. Nigerians are fearful of the African deities; but seem not to have high regards for the Biblical God.”

“If you are wealthy and powerful, you just might begin to feel like a god. Well, I really won’t mind feeling like a god. Personally, I have never been fond of modest and humble people. They bore me. Humility should be a crime. I know what the Bible and the Koran say about riches and power and arrogance. But hey, I don’t care. Poverty is a nasty state of being. If you’ve ever been poor, you’ll know what I mean.”

“The Jews and many other civilizations don’t think much of Jesus. Their lives are dictated by their ancestral faith. But not so for the Africans who are hung up on Jesus Christ. The Odu Ifa, for instance, is as rich and enriching as the Bible. Africans have been faithfully serving their God long before the advent of the Abrahamic religions. Today, many Africans believe that their only way to heaven is through Jesus…forsaking their ancestors and ancestral belief.”

“Is it me or there is really a decline in romance? I miss getting to know my girls. I also miss writing love letters wherein you express your devotion. The swagger of having a girlfriend is also gone. It is so bland these days. The speed can be blinding: from the first date to sex can be as little as 24-hours; and the entire relationship may be over in 72-hours or 7 weeks. How sad. Whatever happened to courtship? And whatever happened to the days of “You are an angelic beauty: the only sugar in my coffee, the only epa in my gari, the only toffee in my mouth…”

“Peace cannot be dictated, it has to be a natural born child of a just and humane environment. In the case of the Niger Delta, there can be no peace and security when people feel cheated, used and abused. Military might or not, international condemnation or not, there will be no viable and durable peace if there is no political and economic righteousness in our country. What is fair is fair and fairness is what we have been asking for.”

“Why do people attribute everything, especially failure, to God? If I studied for an exam and failed, does it mean God wanted me to fail? Can’t we say I didn’t study well enough? If I contested an election and lost, why can’t I say (a) my opponent was better at campaigning; (b) that he had more grassroots support; (c) that he had more money to spend; and (d) that the majority voted for the best candidate? Why must I attribute my failure and miscalculations to “God’s wish”? It seems to me that some people reject personal responsibility and blame God for their failings and shortcoming. Well, not that I think there is a God, anyway.”

“Some Diaspora-Africans complain about racism. They know the evil of racism and class and all that. They can recite the negativity of exclusion and intolerance. Yet, this same Africans are, for the most part, intolerant of certain Africans from certain parts of the continent. They look down on and dismiss fellow Africans as “uncouth, uneducated, and uncivilized” and coming from a region they consider the backwater of the continent. They do and say to fellow Africans the same things they accuse Racists of doing and saying. What a shame.”

“I am not an expert on Middle East politics. In fact, I am not an expert on anything. As a layman, it seems commonsense that the right thing for the State of Israel – if she wants sustainable peace and enduring security – is to grant the Palestinians their own state. Common sense tells me that once Palestine become a state, she will behave like a state: fulfil its international obligations, conduct itself like a state within the comity of nations, seek peaceful and developmental goals, strive to maintain alliances within the global system, and explore peaceful-coexistence formula with Tel Aviv. What do I know?”

“The Nigerian government, in 2008, spent about 500 billion naira on security in the Niger Delta region. In 2011, thrice that amount was spent – excluding the 300 billion or so that has been spent (since 2005) to bribe and pacify power-brokers and some sections of the Militant groups. What a dumb strategy! This same amount could have been spent to develop the region. But somehow, the government thinks it can buy its way of this messy conflict. Because there is silence in the waterfront does not mean there is peace.”

“Every generation has its own challenges. Ordinarily, one generation does not leave its problems unresolved for the next. No. That’s not fair. This sort of unfairness mostly happens in Africa. In Nigeria for instance, we have been shifting and re-labelling problems since 1960 -- with the hope that someday, they will be solved or resolved. Frankly, we are short-changing the next generation. To think we are not leaving them a better life and a better legacy is just so painful, so unconscionable.”

“Many African men may not admit it, but that’s ok: most of them would only consider a woman for marriage if she can cook and clean the house, provide sex on demand and have babies, and be obedient. Not for him what they consider “independent-minded, liberal, aggressive and card-carrying feminist.” Yes, education and westernization and globalization may be impacting his life, but a typical African is still a typical African at heart. His temporary wife or mistress can be whatever she wants to be, but not his wife; not the mother of his children. This accounts for why many return to Africa to marry.”