Loss really can break your heart 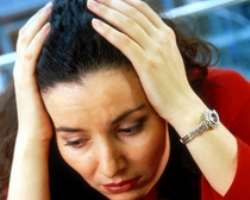 Losing a loved really can cause a broken heart, and in more than just the figurative sense. Photograph by : Getty Images
Listen to article

The good news is that the syndrome does not typically cause permanent heart damage, say the researchers.

In as-yet unpublished research based on the largest study ever done of such patients, the Rochester, N.Y., team found that when patients' hearts react to stressful situations, the apex, or tip, of the heart's left ventricle the main pumping chamber changes, stretching into a globular shape.

Patients may feel chest pain and breathlessness because blood flow is slowed due to constriction in the small vessels nourishing the heart muscle. In an actual heart attack, a clot causes a blockage in a coronary artery.

The Mayo researchers found that almost all of those who suffer from the syndrome are post-menopausal women but they don't yet know why, except it is thought that hormonal factors (declining estrogen levels) may play a role.

The medical name given to the condition is apical ballooning syndrome (ABS) or stress-induced cardiomyopathy.

In Japan, where the syndrome was first documented in a woman who witnessed a car backing over her child, the transient event was given the moniker tako-tsubo-like left ventricular dysfunction because in the hours after the traumatic incident, the left ventricle resembles the shape of a Japanese fishing vessel (tako-tsubo) used for trapping octopus.

To assess the long term prognosis of patients with ABS, patients were grouped according to the precipitating events which led to their symptoms, Dr. Chet Rihal, a member of the research team who is formerly of Winnipeg, said in a telephone interview.

Of 100 patients seen at the clinic from 1988 to 2005, 26 had experienced an emotionally traumatic incident, like the death of a spouse or pet. One woman, Rihal recalls, collapsed after saying goodbye to her son in the military when he left to serve the U.S. during the Gulf War.

Another 30 patients had an acute physical stressor which induced their symptoms. Rihal said the most common events in that category were a sudden onset of illness, a major surgical operation or a motor vehicle accident. The last group of patients were 44 who had no readily identifiable precipitating event.

The results showed that 11 per cent of patients in all groups experienced a recurrence of ABS over four years of follow-up. During the follow-up period, 17 patients died.

Rihal said the study shows that doctors and their patients have to be prepared for a recurrence of symptoms but most patients will typically recover in days or weeks.