237 reasons why people have sex! 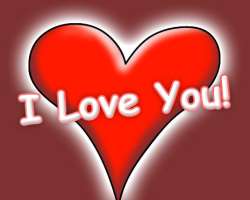 London: It is not just about love but psychologists have identified 237 new reasons including boredom and spirituality for the couple to want to make love .

A team led by Cindy Meston at the University of Texas quizzed more than 2,000 men and women aged 17 to 52 as part of the study. The study found all types of reasons including men and women saying that making out was 'reasonably effective way of overcoming boredom'.

Some answered that the major reason was revenge while many simply wanted to make the partner feel good.

The researchers also confirmed that men and women have different perspectives about sex with men looking for physical experience while women making love for emotional need.

”The frequently endorsed reasons for having sex, reflect what motivates most people most of the time: attraction, pleasure, affection, love, romance, emotional closeness, arousal, the desire to please, adventure, excitement and opportunity," the Daily Mail quoted the psychologists, as saying.

"The less frequently-endorsed reasons, however, may be no less important. One person's seemingly trivial reason for having sex might well be another's magnificent obsession,” they added.

The findings of the study were published in the Archives of Sexual Behaviour .