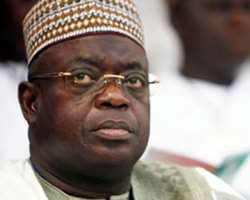 The call by members of staff New Nigerian Newspaper (NNN) in Kaduna Thursday for the removal of the Chairman of Northern Governors forum (NGF) and Governor of Niger state Dr Muazu Babangida Aliyu is unpatriotic and enemy action against the progress of the region especially now that the region is facing challenges of waves of unrest.

The NGF under the leadership of Dr Muazu Babangida Aliyu has worked tirelessly towards ensuring that the NNN, NNDC and Sadauna foundation forms the major agenda of the meetings of the 19 states governors of the north since last year.

Only last week a personal contribution was made by Dr Aliyu through a top managerial staff for the NNN to alleviate the plight of the staff membership. The amount released in cash was to meet the immediate needs of the organisation. While the NGF has not slept a wink exploring all alternative means of raising funds to reposition the ailing newspaper organisation it is a disservice to thumbs down on such laudable effort.

Just less than a week after contributing such financial leverage to cushion the biting pangs of financial pains of the members of staff of NNN then a stinker rubbishing all efforts finds its way to the knowledge of a gentleman and a respecter of the feelings of the masses. It is a sad turn of event on the person of Dr Aliyu and on the process of change in the region.

As a member of the NGF who happens to lead the forum, Aliyu would have waited for due process to be followed from earlier decisions of members but as a leader and as an empathetic northern elite he has made a contribution to encourage staff of the paper house.

The call is demoralising and diminishes zeal to work. Aliyu by all standards is expected to be receiving praises not condemnations. As a patriotic Nigerian he will remain steadfast to the mission and vision of taking the north to the next level of development and progress.

The allegation by the striking staff suggesting that the Governor handpicked a Managing Director for the NNN amounts to campaign of calumny as the NGF chairman is a democratic leader who operates only within the confines of democratic principles of votes, elections and popular decisions.

One would have expected that the aggrieved staff of the paper house single out their leadership for incompetence if proven so and not to join issues with Aliyu who has rallied his colleagues to ensure that the NNN bounces back to full operational status. His job is to pool resources towards fixing the company. The job of ensuring that the place is well run is for the management and not his immediate beat.

What the striking members of staff are calling for is for him to abandon his job as Governor and Chairman of the forum to manage the paper directly. The call further exposes the workers and their lack of trust for leaders. In every leadership, people are expected to partner progressively to get things done appropriately.

While the suffering of the staffers of NNN is unfortunate, the move to further add tension to the already heated up polity in the region is very unfortunate and ill-conceived. The level of decay in the system of the paper house transcends the leadership of Governor Aliyu, his fault was to have inherited a bad situation which he is not shying away from tackling.

Casting value at the competence of the Chief Servant in reviving the dying NNN is not fair especially for a servant leader who has turned the fortune of Niger state around. The haste in calling for his removal leaves so much doubt in the level of sincerity on the side of the striking staff.

Issues raised in their press release do not hold substantial indictment against Aliyu. The use of ‘failing to sincerely pilot the affairs of the north’ is a statement with serious political colouration. It is a weighty allegation that only confirms the stained hands of those sponsoring the image smearing plot against Aliyu.

The Chief Servant has left nobody in doubt in his desire to make the region grow out of its characteristic poverty level and education backwardness. He has stood as one of the modern day voice calling for the ‘emancipation’ of people from poverty, health and education challenges.

It must be noted that no NGF Chairman has been saddled with so much responsibility like that Governor Aliyu has so candidly bore for the past four years. The region grew from bad to worse in the area of crisis and underdevelopment caused by the security challenges. While at it trying to douse the rising tension in the region, the NGF never rested on its oars to paddle the ship of NNN from stormy waters.

Ten months without salary is bad enough but worse still is attempts at tipping the scale of relative peace in the polity. The need for the striking staff to go back and look within the organisation set up is of paramount importance. The NGF has made efforts at salvaging the company and has made financial commitments.

The call will therefore amount to biting the finger that fed them. The removal of Aliyu will not be of any help to the NNN rather it will set the entire revamping process backwards by four more years. The vicious circle of tail chasing shouldn’t be what the aggrieved staff advocating for rather they should encourage the leadership of the NGF for their people oriented plan for the region.