First kiss, the key to winning a woman! 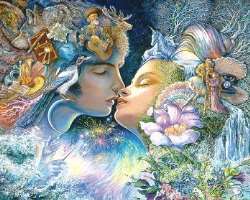 Men should now start working on their kissing skills, for a new study has found that a kiss is all it takes for a woman to decide which man she wants to hook up with.

The study, by researchers at New York's University at Albany, found that the fairer sex has developed kissing as an evolutionary tool to find the right father for their children, and that they often judge men exclusively on the quality of the first kiss that they share.

The study, based on the questions put to 1,000 students about their views on kissing, found that women "place more emphasis on a kiss and are more reliant on kissing as a mate assessment technique" than men.

Psychologist Gordon Gallup, who led the study, said that for many men, the first kiss can be the one that makes or breaks the deal. "While many forces lead two people to connect romantically, the kiss, particularly the first one, can be a deal-breaker," the Daily Mail quoted him, as saying. "Kissing is part of an evolved courtship ritual. This may activate mechanisms that function to discourage reproduction among individuals who are genetically incompatible," he added.

The researchers found that bad breath, and being generally unpleasant are also important factors, for women can interpret them as a sign of health problems. Tongue contact and the exchange of saliva were found to help both sexes make subconscious assessments about each other.

Women's breath can indicate hormone levels and fertility, while male saliva will have traces of the sex hormone testosterone.