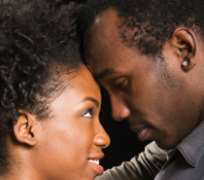 NEW YORK -- People may claim looks or money aren't everything when picking a mate, but when it comes to the crunch, men go for beauty and women choose wealth and security, according to an international study.

Indiana University cognitive scientist Peter Todd and colleagues from Germany, England and Scotland used a speed-dating session in Germany to look at what people said they wanted in a mate with whom they actually chose.

"While humans may pride themselves on being highly evolved, most still behave like the stereotypical Neanderthals when it comes to choosing a mate," Todd said in a statement.

"Evolutionary theories in psychology suggest that men and women should trade off different traits in each other, and when we look at the actual mate choices people make, this is what we find evidence for."

The study, being published this week in the Proceedings of the National Academy of Sciences, was based on a speed-dating session in which men and women had "mini dates" of between three to five minutes with up to 30 different people.

After every date, the men and women marked a box on a card saying whether they would like to see the other person again.

Before the session, Todd also asked 46 adults to fill out a questionnaire assessing themselves and their ideal mate according to traits like attractiveness, financial status, health and parenting qualities.

He said participants stated they wanted to find someone like themselves -- a socially acceptable answer.

But once the sessions began, the men went after the more attractive women and the women were drawn to material wealth and security, setting their standards according to how they viewed themselves.

The men were not as picky as the women.

The men, on average, wanted to see about 50 per cent of the women again, but the women wanted to meet only about one-third of the men for a second time.

"Ancestral individuals who made their mate choices in this way -- women trading off their attractiveness for higher quality men and men looking for any attractive women who will accept them -- would have had an evolutionary advantage in greater numbers of successful offspring," said Todd.