ST. VALENTINE: THE POLITICS OF LOVE, RIGHTS AND SAME-SEX MARRIAGES 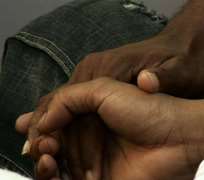 “Do same-sex couples have the right to marry?” The question has given itself to debate, with the ‘definition of marriage’ being thrown into the arena of politics even to the point of it becoming the litmus test for determining if a politician should be elected or re-elected. Especially during this month of lovers, with Valentine’s Day being the focal point, the idea of mixing marriage with politics seems like a peculiar endeavor. Marriage is supposed to be about love and romance, not about the continuous power struggle between conservative and liberal politicians and activists.

But even the story about St. Valentine, the namesake for February 14th, involves not just love, but politics. Saint Valentine's Day, commonly shortened to Valentine's Day, is an annual commemoration held on February 14 celebrating love and affection between intimate companions. The day is named after one or more early Christian martyrs named Valentine and was established by Pope Gelasius I in 500 AD. It was deleted from the Roman calendar of saints in 1969 by Pope Paul VI, but its religious observance is still permitted. It is traditionally a day on which lovers express their love for each other by presenting flowers, offering confectionery, and sending greeting cards (known as "valentines"). The day first became associated with romantic love in the circle of Geoffrey Chaucer in the High Middle Ages, when the tradition of courtly love flourished. What would the patron saint of lovers say about same-sex marriages? Not much is known about St.Valentine. In actuality, there might have been two early Christian martyrs honored by the early Church. What we do know is that both were priests who, due to their charitable work, were imprisoned and killed during one of the many anti-Christian campaigns administrated by the Roman Empire. One story has the saint being clubbed and finally beheaded by the Roman Emperor Claudius due to Valentine and his friend Saint Marius providing solace to condemned prisoners.

Another story has Valentine being arrested because of his secretly presiding over the marriages of young couples. The emperor, in need of soldiers for his military campaigns, passed a law forbidding young men from marrying, believing that unmarried men would be more likely to sign-up for military service. Valentine’s charitable disposition could not refuse the young lovers when they sought to be officially united in matrimony. It is this story that is most remembered and pleasing to our modern sentiments and is often presented as a justification for why every February 14th I should buy flowers for my wife. Either story however makes it clear that Valentine’s primary mode of operation was love; love for God, community, and those who were in love. Secondly, the stories show how questions of love can often be influenced by civil or political desires. Looking at the story of Valentine and the young lovers, one wonders what Valentine would think about today’s debates surrounding marriage. In particular, the question of same-sex couples having the right to marry.

Would he think of marriage as a political right, or as opponents of California’s Proposition 8 would hold, a civil right?

Can a person ever claim that she has a right to marry? The peculiarity of thinking of marriage as a right is that marriage is an action that cannot be exercised without another person also participating. In contrast to freedom of speech, which someone can exercise without others being obliged to listen, marriage always involves another.

Though it can be very personal, marriage is a communal, versus private undertaking. If it is a right, it is one that can only be exercised when an individual forms a union with another. It is the individuals who give and receive to each other, but what makes marriage unique is that the couple seeks the recognition and acceptance of their exchange by the community. As such the act becomes public, and governed by the guidelines and beliefs practiced by the community in which the couple find themselves. As an act that occurs in community, the community is asked to witness the union, and in so doing, declare the act as genuine and binding. In Valentine’s case, as a priest of the community, he functioned as both a witness and overseer of the union. In this capacity, the official declares to the community that the two individuals have formed a union grounded on the traditions of the community. This official recognition also commits the community to respect and support the union. Due to the couple’s fulfillment of the communal customs and traditions, the community is now obligated to acknowledge and support them. Often the laws of the community spell out these communal obligations. At this level, law, not love, defines the terms and conditions of the union. The expressions of love shared by the couple are reduced to a civil, legal contract. Legally speaking neither love nor romance need be present for the union to occur. As a civil act, each individual is free to bind themselves to the terms of the communally defined contract, and since it is a civil act, it is legally supported, recognized and empowered by the community. If this is done, then the community also forms an implied legal contract of support and respect for the union.

But to many the word ‘marriage’ means more than just a civil union. And thus, when it comes to the same-sex marriage question, it may not solely be the civil rights of the individuals that are sought, but also the spiritual/moral acceptance of the union. The problem however is that even though an individual may have the right to participate in a civil union with all its civilly protected privileges and responsibilities, there may not be a right to have the union is identified as a marriage, especially when other non-legal qualities may be implied by the term. Though marriage automatically implies having all the civil privileges, responsibilities and obligations defined in a union, being married implies more than having those privileges, responsibilities and obligations legally recognized. Due to this distinction, it is possible for individuals to both exercise their civil right of forming a contract, and having it legally recognized by a community attaching other non-legal qualities to it–Without having the community identifying it as a marriage.

So, if all civil rights were protected, why would one seek to have the union also be labeled a marriage? And can we say that a person has a right to such a label? When the term ‘marriage’ comes to mean more than just a civil union, such as in the case of same-sex marriages, it is not solely the civil rights of the individuals that is sought by the identification, but the social/moral acceptance of the union by the community. At this point, the issue shifts from a civil rights issue to one of moral/social acceptance-To have the same-sex union be called a marriage is not simply to uphold it as legally okay, but to also have it be socially affirmed. The problem then arises, that though it may be possible to legislate civil practices, it is not possible to legislate peoples’ feelings of acceptance or moral approval of such practices. So in answer to the question, “Do same-sex couples have the right to be married?” If by marriage one means the free exercise of individuals to form legally recognized contracts, then the answer is yes. However, if by marriage one means the legislation of moral or social acceptance, then the answer is no. The reason being, that acceptance, though it may at times correspond with law, it is not the product of law. The best that can be attained from the law is tolerance. And people only ‘tolerate’ that which they do not approve or accept. Acceptance has to come from some place else.

So were would Valentine stand? Maybe he can point to that place where acceptance may be found? Given the complexity of the issues around the question of same-sex marriage, Valentine would probably consider death at the hands of the Romans an easier task than to provide an answer. However, he probably would not think of marriage as a right, but as a natural extension of the blessing given to the first couple in the Garden of Eden; “Be fruitful and multiply.” Blessings are gifts and not something we deserve. If we are blessed with love, then we have to find ways in which it can be expressed and shared. And if others are blessed with love, then we have to find ways in which their blessing may also become a blessing to the community. Also, given the fact that Valentine’s primary mode of operation was one of love, and that he too experienced a form of `the politics of marriage’, he would quickly point out that laws and politicians fall short when dealing with matters of the heart and moral acceptance.

The law by itself cannot provide an answer. An answer will only appear in the context of mutual respect and understanding between people who hold either traditional or contemporary views on marriage. People’s words and actions affect the day-to-day practice and lives of fellow human beings, and one must not speak or act in a manner that generates hate, and mutes dialogue. All people are called to love, have the ability to love, and are in need of love. A community, and its cherished beliefs, can only become a place of justice, acceptance and growth when it finds the means by which the dignity and value of its members, along with the experiences they live be permitted to properly find expression. In so doing, each person is seen as a blessing to the community. A blessing that will bear fruit.

In my view in summary is that the greatest Lover, God in Jesus Christ demonstrated real love by laying down his life for our redemption void of politics. In this month when we celebrate the act of love by St. Valentine, let those running for political office take politics out of governance; serve the electorates by honest services not gimmicks and promises of what they will do when they get to office. Rather lead by serving, provide social amenities, and make them available to the downtrodden whether they belong to your party or not. Be accountable to the people you are serving and leave the stage when the ovation is loud. Same sex marriage is wrong legally and morally. No rights in same sex marriage. It is a sin. Let the real love of God rule us at Valentine month of love not lust, not getting drug and partying or engaging in immoral sexual activities on Valentine day. Let love rule your life, for God is Love. God love the world and He gave. Love constrained me to write this article (2 Cor. 5:14). Let the genuine love of God rule your life and the politics that you play (see 1 Cor 13). Have question you may call: 08033399821 or write: [email protected] Stay blessed.