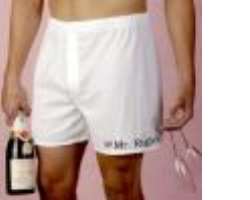 Here's a really simplistic way to evaluate men. Let's just put men into two categories. One group of men we'll call fabulous and the other will be those that are strong (steady).

They have an ability to use their intuition at times to almost read a woman's mind.

They may or may not be loud or they may not be the life of the party, but there is an emotional connection that a woman feels with a man like this that seems almost magical and effortless and these are the type of men that a woman is most likely to say, “We just clicked when we first met. It was as though he could read my mind.”

This type of man has the ability to make a woman feel very excited, energized, alive, and passionate.

They tend to be a little more guarded with their feelings and they tend to have relationships move at a slower pace. If you've ever had a relationship with a man that professed his love early in the relationship, you are almost assuredly not dealing with this type.

A strong and steady man is safe and a bit more predictable than his counterpart, Mr. Fabulous.

Now initially, when I mention these two types of men, the obvious answer from most women is, “I want Mr. Fabulous.” I mean, based on what I just told you––who wouldn't want someone exciting? If that's all there was to these two types, the choice would be obvious.

But there's a down side that each of these types carries with them.

A man that has a fabulous ability is often moody.

That same quality that enables him to be intuitive and in touch with a woman's feelings means he is going to be more in touch with his own feelings, even the darker ones.

He's not going to be as good at containing his doubts as Mr. Strong-Steady.

Some of it may be because of his childhood and past unresolved issues, but even with years of therapy, this type of man will always have a tendency, even if it's slight, to have doubts about a relationship from time to time because he's a little more feeling oriented than a man who is more stable.

Therefore, the fabulous man is very exciting and the downside is that his doubts and impatience will scare you from time to time.

A strong and steady man is more predictable and, therefore, safer. This type of man is not given to having a lot of doubts once he has decided he cares for a woman. He will not have the mood swings because he does not get as high as often.

He does not rely on the intensity of feelings that a fabulous man does. He feels deeply, but it takes him longer to achieve this emotional bond with a woman. There is less concern of him being unfaithful, of having doubts once he is in a committed relationship.

The downside of this type of man is that, at times, he will be a little boring.

In reality, he really isn't boring, but whenever anything is safe, it feels a little dull. A safe job, a safe stock portfolio and safe friends all aren't as exciting because there isn't as much to lose. The strong and steady man, because of his predictability, won't provide as many emotional swings that some women crave.

When I go over this with a client, inevitably what they say is, “I like a mixture of both.” Remember, every man is a mixture of both, but they will have one primary style of relating to the world.

If you insist on having a perfect mixture of both (50-50), then what you really want in a husband is a father figure.

My daughter at the time of this writing is three years old. As her father, I am supposed to be fabulous and strong. What enables me to do this with her is that I am completely in charge of her life.

I do not depend on my daughter for my emotional well being. A man who is both doesn't need a woman in his life unless he's looking for a woman to dominate.

He doesn't need anyone to make him be complete. He's complete in and of himself, or in other words, he's narcissistic. So the simple version about determining what type of man you want is, would you rather have a man that is going to scare you at times (with his self doubts or temper) or would you rather have a man who will bore you at times (with his steadiness and strength)?

Not all the time, not even most of the time, but these uncomfortable traits will appear because every gift comes with a shadow.