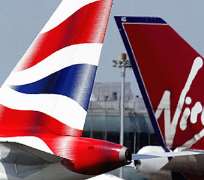 SAN FRANCISCO, February 10, (THEWILL) - A panel set up to look into the $235 million fine imposed on British Airways and Virgin Atlantic by the Nigerian government over alleged ticket price fixing has quashed the fine.

Harold Demuren, the head of the Nigerian Civil Aviation Authority told the AP Friday that the panel said the agency had no power to levy the fine at the time the alleged price fixing occurred.

The fine came after a six-month investigation into fuel charge fees charged by the two airlines. The airlines control about 90 percent of all passenger traffic to and from the United Kingdom.