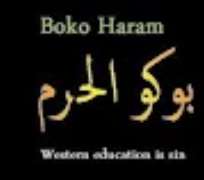 Residents of Kaduna metropolis scampered for safety yesterday as bombs exploded at military formations and on a bridge. Boko Haram claimed responsibility, saying that Sokoto is the next target. A lone suicide bomber who forced his way into the 1 Mechanized headquarters of Nigerian Army, Kaduna, at 11.45 am was shot dead following which the explosives went off shattering windows and injuring soldiers on duty.

The other explosion outside an Air Force base at noon did not cause much damage but some people were injured when the bomb went off near the Kano overhead bridge at 12.15 pm, a few meters away from the Army barracks.

There was unconfirmed report that two people died in the attacks, which the residents had been preparing for since the Kano multiple blasts of January 20, this year.

Confirming the incident, the Assistant Director, Army Public Relations, 1 Division, Lt. Col. Abubakar Edun, said in a statement that a suicide bomb attempt was made on the headquarters complex of 1 Mechanized Division.

'The two suicide bombers came in two vehicles, a Toyota Sienna Space bus and a Honda Accord. The drivers of the two vehicles overran the security post and the lawn leading to the headquarters complex. One of the vehicles (Sienna Space bus) exploded by the car park directly in front of the headquarters when a soldier opened fire on the car after the attacker refused to stop which made him to lose control of the vehicle. The second vehicle which did not explode (Honda Accord), was loaded with 10 numbers (units) of 20 litres of Improvised Explosive Devices (IEDs).

'The suicide bomber in the Sienna Space bus died in the attempt, while there was no casualty on the part of our troops.'

The statement, however, did not mention any victim being taken to the hospital.

However, journalists were barred from the scenes of the blasts. They were chased away by stern-looking security operatives from the Army, Air Force, State Security Service (SSS) and the Police, who barricaded all the roads leading to the areas.

Meanwhile, residents, especially traders, began imposing curfew on themselves as they closed shops yesterday before 4 pm, in reaction to an alleged rumour of a curfew imposed on the city. Of course no restriction was imposed at Press time.

Explosions suspected to be bomb blast yesterday rocked Army and Air Force establishments in Kaduna, causing pandemonium all over the town. The bomb that exploded around the Air Force base gate left some people injured.

According to the Nigerian Air Force, Kaduna Training Command's spokesman, Squadron Leader Kabir Ali, 'the bomb exploded outside the premises of the Air Force Base and as such, the Air Force does not have an opinion on the explosion. Although the explosion was close to the NAF Base gate, it wasn't within our premises.'

When asked whether Air force was investigating the incident, he said, 'no, since it is not within our premises, investigation is left for the police to carry out, adding, 'we wouldn't know where they were carrying the bomb to before it exploded.'

But the residents said the blast near the bridge damaged four commercial buses and wounded the passengers. However, details of the explosion at the air force base were unclear.

Musa Ilallah, an official with the National Emergency Management Agency in Kaduna who confirmed the explosion near the bridge, said rescue workers had been deployed in the affected areas but were being refused access by soldiers.

'From all indications, they gate-crashed into the military barracks,' said Ilallah. One resident said he saw soldiers being taken out of the barracks with cuts thought to be from the shattered glasses.

'Virtually all the glasses had been shattered,' the resident said. 'I saw soldiers with glass cuts on their bodies being taken out, but it's difficult to say if there were any (more serious) casualties.'

Boko Haram has been blamed for scores of bomb attacks in northern Nigeria, including Kaduna.

It claimed responsibility for January 20 co-ordinated bombings and shootings in Kano that left at least 185 people dead. It was Boko Haram's deadliest attack yet.

The August suicide bombing of United Nations (UN) headquarters in the capital Abuja which killed at least 25 people, was claimed by the group.

people, wounding many others and destroying a number of houses and shops, but

the cause has not been clarified.
Police initially said the December explosion appeared accidental, but

speculations over whether it was caused by a bomb intensified due to the blasts' strength and rumours that the city may have been the target.