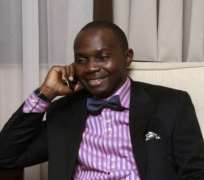 The burial proceedings kicked off on February 2 with a service of songs graced by top entertainment celebrities at Balmoral Hall,Ikeja,Lagos State while a valedictory service was held in memory of the late Pa Jacob at Union Baptist Church,Agege.

Thereafter,the body was conveyed to Ajaawa town near Ogbomoso,Oyo State,where a wake keep service was held.

On February 4,the church service and interment was held at First Baptist Church,Ajaawa,before the body was committed to mother earth.

Teju Babyface lost his beloved father,a prince of the royal house of Ajaawa town in Ogbomoso on December 31,2011,after brief illness.