HOW MAN DESTROYS OWN ENVIRONMENT 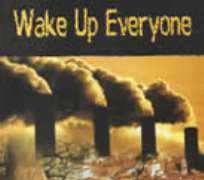 In his inaugural speech on November 28, 2008, President Barack Obama of the United States of America observed that the two greatest wars staring humanity on the face are a climate in peril and the worst financial crisis in the history of the century. Given the pressures and problems before developing worlds, little or no attention is given to issues about environment.

In developing climes, the subject has received tremendous attention. Attention in this respect is not just in beautiful policy statements but in pragmatic, practical and pro-active steps and programmes that are geared towards curbing the menace of global warming, climate and environmental disasters. Environmental imbalance and upsets have been with man but Nigeria nay Africa is just coming to the consciousness that the menace deserves receiving our attention. Scholars and writers too have been forthcoming in putting their ink on paper to write about the perils and raise consciousness on how to ameliorate them.

Drama is one area that messages can easily be conveyed about the impacts condition, and the way out of the impending doom that now subjects man to extinction. It is in this light that Greg Mbajiorgu's Wake up Everyone is germane, groundbreaking and expository. Mbajiorgu has done a noble work and set a pace in dramatization of the thorny issue of climate change. This was not without some bottlenecks; for according to Butler cited in Mbajiorgu's Preface to Wake up Everyone, 'Climate change is a difficult subject for dramatists.

To transport science to the stage, a playwright must also evoke the tension of cause and effect. The story of Ndoli land is by no means isolated in our country. And it is by no means over. All across the world, in every kind of environment and region known to man, increasingly dangerous weather patterns and devastating storms are abruptly putting an end to the long-running debate over whether or not climate change is real. Not only is it real, it's here; and its effects are giving rise to a frightening new global phenomenon: the man-made natural disaster.

At the helms of affairs in Ndoli Local Government Area is Hon. Edwin Ochonkeya. Edwin Ochonkeya was paid Three Hundred Million Naira and had his chairmanship election bankrolled by oil companies following the death of his father as a result of oil spillage. He was in the creeks eking out his living from militancy.

The people of Ndoli land were being warned by Prof. Aladinma, an expert and crusader on environmental protection that environmental disaster are imminent if care was not taken and mountains or evidence abound that this was coming - that they couldn't just keep contributing to the changing atmosphere without facing the severe consequences.

And yet, for a long period, far too many have ignored the warnings, either dismissing the science as a hoax or believing that it was the concern of propagandist like Prof. Aladimma looking for ways to make money. The Chairman of the Local Government Area would not heed the advice of the environment crusader. The Chairman adjudged coughing out over thirty million naira as counterpart fund to the United Nations Development Programme (UNDP) as unreasonable for the purpose of constructing a dyke that will fortify riverbanks. The latter became necessary in order to prevent flood in the future.

It was not long after that they started feeling the consequences of man-made disaster on the environment. The people of Ndoli land started seeing that climate change is more than a few unseasonably mild harmattan or persistent rainfall. Or that it's not just about the chain of natural catastrophes and devastating weather patterns that global warming is beginning to set off around their land - the frequency and intensity of which are breaking records thousands of years old. It is also about going to fish in the rivers without catching a fish. It is about not having clean water to drink. In Ndoli land, the agitation for the tackling of environmental degradation came and went with the political winds.

And they are generally covered through the prism of the Chairman: 'This is my time to plunder the collective heritage of my people. I have won the elections and this is my time'. But in these superficial exchanges, Hon. Edwin Ochonkeya lost sight of the real and lasting meaning of the decisions he makes and those he will defer. There may still be disputes about exactly how much the people of Ndoli and are contributing to the warming of the earth's atmosphere and how much is naturally occurring, but what they were not scientifically certain of is that their continued use of firewood is pushing them to a point of no return. And unless they free themselves from a dependence on these fuels and chart a new course on energy in their communities, they are condemning future generations to global catastrophe.

As the last few residents of Ndoli land pack up their homes and leave their tiny riverside village behind, one can't help but think that right now, history is testing their generation. And yet, despite all the ominous harbingers of things to come, we do not have to stand by helplessly and accept this future. In fact, we can't afford to do so. Climate change may be unleashing the negative forces of nature, but we can't forget that this has been accelerated by man and can be slowed by man too. By now, the culprit of this climate change is a familiar one, as is the solution.

•Chidi Onah, a solicitor, is a literary activist and lives at the University Town, Nsukka ([email protected]).