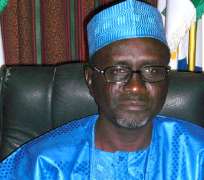 KANO- Former Governor of Kano State, Malam Ibrahim Shekarau has blamed his successor, Governor Rabiu Musa Kwankwaso over the poor security situation in Kano, saying that he (Kwankwaso) dismantled enduring policies introduced by him to guarantee genuine peace in the  state.

Shekarau spoke as the Jama'atu Ahlis Sunnati Lidda'awati Wal Jihad, also known as Boko Haram, weekend, threatened to bomb Sokoto, the seat of the caliphate following alleged arrest and detention of many of its members by security agents in the state.

ANPP presidential candidate, Ibrahim Shekarau
The threat came on a day 11 suspected members of the group were killed by soldiers attached to the Joint Task Force, JTF, at a checkpoint in Maiduguri, Borno State capital and a week, after its men attacked the city of Kano, killing over 200 persons in a wave of bombings.

However,  Boko Haram faulted the call for dialogue by President Goodluck Jonathan, saying that, 'there is gross inconsistency in all his proclamations'' so far on the matter.

Shekarau who was the All Nigerian Peoples Party, ANPP, presidential candidate in the 2011 general elections said in a statement signed by his Senior Special Adviser, Media, and Public Relations, Alhaji Sule Yau Sule, yesterday, that Kwankwaso discarded his policies and began an administration of ''brigandage and policy reversal and denial of right to self expression'.

The statement said: ''Indeed, the peace and security of lives and properties witnessed during Shekarau's administration was simply a product of good governance and exemplary leadership.

''The structures include the Hisbah Board to among other things, assist the law enforcement agencies in intelligence gathering; the Anti Corruption and Public Complaint Commission to fight corruption and also to allow citizens report misdemeanour among public office holders and civil servants; the Societal Re-orientation Directorate (Adaidaita Sahu) for citizens enlightenment, consultation and advocacy; the Office of the Special Adviser on Education to deal with issues of non formal Almajirai education and their welfare; the Youth Development Directorate to guide and train youths on self-reliant skills and trades; the Zakkat & Hubusi Commission to collect and disburse dues to orphans, widows and other less privileged in the State; and the Shura Council comprising 50 wise men representing all segments of the society and interest groups which advised government on the formation and successful operation of structures which in the end gave Kano State a new look and set the citizens on the path to self revival and self actualization - all, until May 29, 2011.

''It is sad to note that all these structures are either completely dismantled by the current administration in Kano, or their operations are dismal due to lack of government support.

''Peace and security of lives and property are not about campaign of calumny against innocent persons, brigandage, wanton policy reversal, and denial of citizens' right to self expression.

''Thus, peace and security are not realized through unjustified revocation of lawfully obtained property titles, wilful violation of extant State laws, and selective reward or punishment of employees and other citizens based only on political considerations.''

Another bomb blast in Kano
THERE was yet another bomb attack, yesterday, on the Naibawa Police Station on Zaria Road, Kano State, partially damaging the structure.

gunmen believed to be members of the Boko Haram Islamic sect, attacked the station by 6.45pm during the evening rush hours, triggering pandemonium in the area.

The attack coincided with the Muslim evening prayers, forcing the faithful to stay away from the mosque.

Details of the attack WERE sketchy although Vanguard gathered there was a gun duel between the gunmen and security operatives.

The Commissioner of police, Alhaji Ibrahim Idris confirmed the attack saying, 'we are aware of the attack but we can not give you details now'.