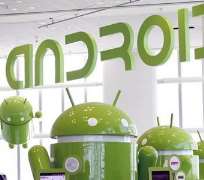 "Dozens of Android models distributed across multiple countries by numerous brands such as Amazon, Samsung, Asus and others have been driving volumes," analyst Neil Mawston said in a statement.

The tablet computer market grew 260 percent last year to 66.9 million units as consumers are increasingly buying tablets in preference to netbooks and even entry-level notebooks or desktops.