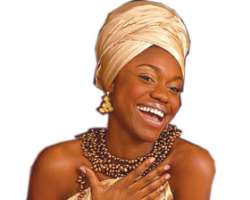 Ghanaian music diva, Rebecca Acheampong, popularly known as Becca, has been signed on as Glo Mobile Ghana's ambassador.
At a ceremony in Accra on Wednesday, Becca joined 17 other stars who had earlier been signed on by the company in Ghana. On September 1, 2009, GLO Mobile Ghana unveiled 17 brand ambassadors cutting across the very important social strata of the Ghanaian society from music to sports, movies and general entertainment. That event marked the first time any brand would assemble such a large cast of ambassadors from the crèème of Ghana's best.

Mr John Vasikaran, who represented the company at the event said, “We opted for as many as 18 ambassadors in Ghana to vividly demonstrate that in our brand philosophy, we deliberately go beyond profit making which is the essence of any business endeavour”. He added that “GLO is a mega brand which proactively seeks every opportunity to provide the enabling platform to empower the society.”

The Ghana project manager said that the company has been impressed by the feedback received from the ambassadors it earlier engaged as they confirmed that the honour and recognition from GLO Mobile has greatly inspired them to continuously aspire to be the best, not just in Ghana but globally.

On the rationale for the choice of Becca, Mr Vasikaran said that, “Becca is a young, enterprising, vivacious and talented musician who shares our values of youthful, positive energy and innovativeness. She is one of Ghana's most outstanding and versatile female musicians.”

He urged her to continue to be a leading light to millions of her fans who look up to her for inspiration as a role model and good ambassador of Glo Mobile.

“We will like to reiterate that the unveiling of Becca is part of the build up to the fulfilment of our avowed objective to roll out excellent and innovative telecommunications services that will immediately have a positive impact on every Ghanaian, and transform the telecommunications sector nationwide. We remain firmly committed to our vision to build the biggest and best telecommunications network in Africa”, said Vasikaran.

In her response, Becca said she regarded the contract she just signed with Glo as a major boost to her career, adding that she was excited about it all because Glo is an authentic African brand.

Becca became a national phenomenon in 2008 when she won the record of the year award at last year's Ghana Music Awards ceremony. Her profile has been on the rise since as she has performed with greats like Hugh Masekela.