'It's time to take Nollywood out of bondage' 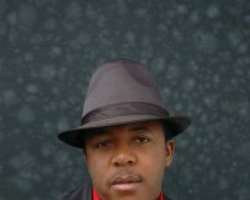 THOUGH the major thrust of the 7th NCAC Honours Lecture/Award was to honour three eminent Nigerians in the art -Chief Onyeka Onwuenu, Professor Ben Ekanem and Alhaji Usman Baba Pategi (Samanja) - for their illustrious contributions to the promotion of Nigerian culture, it also served as a platform for practitioners in the creative industry to discuss issues affecting the industry and also, ways of moving the industry forward.

The guest lecturer was the Head, Department of Theatre Arts, University of Ibadan , Dr Hyginus Ekwuazi, who deliberated on the theme, The Nigerian Home Video Industry: Living in the Bondage of Wealth Creation.

Ekwuazi said that almost two decades after the release of Living in Bondage, the industry remains in the bondage of wealth creation, not because money was not being generated from films, but that the wealth has not properly channeled to the optimal development of the industry.

Some of his arguments hinged on the fact that the industry lacked the template to work with and as such, has developed on its own steam and in its own image.

He stated that in spite of its growth, the motion picture industry is still under the influence of two major powers - the executive producer and the marketer, who, most often are from the informal sector.

"These two collide to ensure that the frenetic activities in the upstream sector of production are matched with a bottleneck at the down stream sector of distribution to their ultimate personal gain or course," he said.

Ekwuazi described the activities of Nigerian Film Corporation as a basket, which does not hold water. He noted that in stating its vision and mission statement, it has failed to realise that the present era is technology drive, private sector friendly, which recognizes no boundaries in the flow of entertainment and cultural information outputs and that, which offers a dynamic and competitive environment for all human endeavour.

On the content and quality of Nollywood films, he noted that since inception, every successful film is reduced to a sterile formula and recycled subject, where every problem is spiritual, every romance movie ends in death and titles often disconnected from the storylines.

That it may create wealth for the common good, Ekwuazi called for the reorganization of the industry to include the establishment and empowering of a Motion Picture Practitioners' Council.

This body, he suggested, shall be responsible for ensuring ethical, commercial and artistic standard, ensure the existence and enforcement of all necessary regulatory mechanism as well as confer on the practice, the status of a profession equivalent to engineering, law and medicine, among others.

He stressed that the Commission is already in existence but lacks the legal backing to move it from policy to legislation for a greater impact on the industry.

Aside the need for streamlining all the government film agencies by way of merging, the speaker suggested the institutionalization of fund for projects. "This may be an independent fund or one that is a complement of the National Endowment for the Arts. Such a fund ensures the availability of film of a certain quality and orientation."

On what he tagged, 'that we may finally emerge from the Woods', Ekwuezi canvassed the proper packaging of the industry to create wealth. According to him, such wealth should transcend the financial but that, which will be used for mobilization, image laundering and for cultural politics.

"The home video industry should be packaged to create wealth. This is a desirable end, but only to the extent that this end transcends the financial. The industry should be used for mobilization, for image laundering and for cultural politics. Film, like poetry, should idealize the real and realize the ideal. Herein, precisely, lies the common wealth, the ultimate end."

The speaker's analysis of the position of Nollywood industry in terms of quality control and artistic content did not go down well with practitioners, who, later in their response, regretted that their efforts at job creation and revenue generation for the Nigerian public have received only negative criticisms rather than the commensurable appreciation.

In his opening address, the Executive Director/Chief Executive Officer, National Council for Arts and Culture, organisers of the award, Mr. Mwajim M. Maidugu, said the award was originally initiated for the recognition of concerted commitment to hardwork and attainment of distinction in the art and creative industries.

"These eminent Nigerians have worked tirelessly in promoting and upholding the virtues expressed in our cultures. The personalities so honoured today, are not just cultural icons but are also symbols of patriotism worthy of emulation, who have doggedly forged national unity through their various initiatives."

Speaking on this year's theme, the Minister of Tourism, Culture and National Orientation, Senator Bello Jibrin Gada, stressed that globally, cultural industries are among the emerging sectors that have great future prospects.

In the face of the global recession therefore, he charged relevant stakeholders in the sector to take advantage of the rich and diverse creative resources that nature has bestowed on the country and channel such into national development.

Emphasizing that culture is the bedrock of human civilization, without which no society can make any meaningful progress; the Minister applauded the celebration of individuals or groups that have contributed to the upliftment of cultural heritage.

The Chairman, House Committee on Culture and Tourism, Barrister KGB Oguakwa, highlighted some of the benefits the country could derive from funding the Nollywood industry.

He noted that if without government intervention, they have been able to impact positively on individuals as well as projected the country's image globally, one could imagine how fast and sophisticated the industry would grow if it is adequately funded.

While congratulating the recipients, he also commended the organizers of the event for their effort at bestowing honour on those that it was due.

In his response, Pategi, who appeared to have lost his agility as Samanja to poor health condition, expressed gratitude to NCAC for remembering him.

Although, he blamed the art community and the general public for not coming to his aid, when he needed their assistance, he promised to return to the screen, if he successfully returns from his overseas medial surgery on his eyes.

"I feel very happy and proud of the award. It is an indication that some people still remember me. I left the screen because after Samanja, my sight is no longer like before. I am preparing to travel abroad for my operation, after that, I will return to the screen," he said.

On how Nigerians and art the community reacted to his situation, he said: "As far as Nigeria is concerned, nobody will pity you when you are in bad condition. I tried to meet people for assistance and I know the bitter experience; it is very unfortunate anyway."

Samanja, as he was popularly called on the Nigerian Television Authority's programme in the 90s, said he had no prior training in the art but as a military officer, he felt that art could serve as an instrument to correct the hostile attitude of his junior colleagues to duty.

Onwenu, in her contribution, urged Nigerians to be proud of what they have and seek ways of using the country's natural potentials for national development.