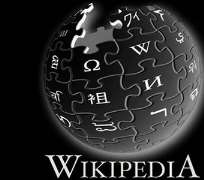 Most people probably haven't paid much attention to the huge corporations waging war in Washington over legislation designed to crack down on online theft of movies, music and other content. But the conflict will hit consumers in the face Wednesday, when Wikipedia and a number of other websites intend to go dark to protest the proposed changes.

Wikipedia founder Jimmy Wales announced Monday that the hugely popular online encyclopedia would be unavailable for 24 hours to protest the Stop Online Piracy Act and related legislation, which opponents say could lead to censorship or the complete shutdown of some websites.

Wikipedia plans to join Reddit, Boing Boing and hundreds of other sites in the so-called SOPA Strike, an attempt to publicize their complaints about proposals supported by the movie and music industries and other media companies.

"Freedom is never voluntarily given by the oppressor, it must be demanded by the oppressed, MLK. On Wednesday, Wikipedia demands," Wales said via Twitter on Monday, Martin Luther King Day. In a statement announcing the shutdown of the English-language version of the site, Wales said the legislation would "harm the free and open Internet and bring about new tools for censorship of international websites inside the United States."

He had earlier signaled the coming blackout by tweeting: "Student warning! Do your homework early. Wikipedia protesting bad law on Wednesday!#sopa."

The Motion Picture Assn. of America and others driving the legislation said real progress had been made toward creating a law that would protect intellectual property. The advocates said misinformation is inflaming passions on the Web while doing nothing to solve the problem of piracy.

"It's part and parcel of a campaign to distract from the real issue here and to draw people away from trying to resolve what is a real problem, which is that foreigners continue to steal the hard work of Americans," said Michael O'Leary, the executive leading the MPAA's campaign for the bills. He called Wednesday's plan an example of the "gimmicks and distortion" that have been used in an attempt to block the legislation.

The protesting websites — which reportedly also will include Mozilla, WordPress and TwitPic — plan to act Wednesday despite the Obama administration's signal last weekend that it wanted changes in the anti-piracy legislation.

Internet operators — including giants such as Google Inc. and EBay Inc. — have opposed the legislation because they said it would let companies move to block websites and, in one version, even take away their user addresses if they are deemed to have misappropriated any content.

The Internet companies said the proposed legislation — SOPA in the House and the Protect Intellectual Property Act in the Senate — would allow operators no real due process before government actions could be taken against them. They said the result would be censorship and a strangling of the free flow of information that represents the soul of Web freedom.

Lobbyists for the Internet firms said they felt their concerns had not been heeded in early rounds of the legislation. The blackouts and an outpouring of protests from everyday Internet users could turn the tide.

"A lot of people feel that nobody has been listening and this is a way to get people to listen," said Maura Corbett, spokeswoman for Net Coalition, which represents Google, EBay and others. "This is more than a stunt. This is saying, 'Please listen to us.'"

O'Leary of the motion picture trade group rejected the idea that Internet purveyors' concerns had not been heard. He noted that SOPA's sponsor in the House had just agreed that one of the most contentious provisions — which would have allowed wholesale blocking of an offending website's domain name — would be removed from the bill.

"That was their biggest objection and it has been removed," said O'Leary. "So now they've pivoted and started complaining about something else. We are interested in working with people who want to find a real solution, not just maintain the status quo, because with that, the criminals have the advantage and that is just not acceptable."

Steven Tepp, chief intellectual property counsel for the U.S. Chamber of Commerce, shares that opinion. He said opponents' main objection to the earlier versions of the bills had been addressed. "So what is the problem?" Tepp said in an interview. "When it comes to fighting these sites dedicated to the theft of intellectual property and the theft of American jobs ... the Chamber of Commerce is not backing down."

O'Leary said "responsible and legitimate" businesses could not afford such "stunts" — which he compared to movie companies darkening theaters because they did not get their way in a trade dispute.

Senate Majority Leader Harry Reid (D-Nev.) said on "Meet the Press" on Sunday that he plans to bring the legislation to a vote next week.

Tiffiniy Cheng of the Massachusetts-based Center for Rights said Internet operators big and small continue to see problems with the legislation. Her group launched a SOPA Strike website to track the protest plans and counted some 5,000 sites — from individuals' Facebook pages to giants such as Wikipedia — that plan to take some action Wednesday to protest the legislation.

She denied any suggestion that big Internet companies were the driving force behind the protest. Her group started talking to groups about the legislation in November, and the protests spread online. "It's gone ablaze on the Internet and now it's sort of out of our hands," Cheng said.