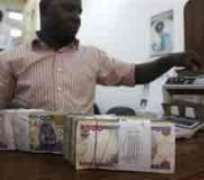 THE week-long strike was called off. The streets were being swept of the debris left behind by the protesters as at yesterday. Pockets of disillusionment were being expressed over the stoppage of the protests. But the inventory of losses showed that the country lost N733.5 billion at the end of the crisis.

The losses from figures garnered by The Guardian from major economic sectors, showed that the banks topped the losers' chart, with about N400 billion, followed by the Information Communication Technology (ICT) companies, where operators, especially the telephone companies, lost about N159.5 billion.

The maritime industry recorded about N96 billion loss, as operators in the aviation sector put their aggregate loss at about N18 billion.

Losses from the manufacturing companies were estimated at about N10 billion, due mainly to assessed low profile of operations at the plants.

The aggregate loss figure was rated as conservative, given the non-inclusion of the informal sector, whose operators were less active during the strike.

The conservative profile of the losses was also affirmed from bankers, who said that the figure did not take into consideration such revenue making areas such as turnover changes, money transfer and Automated Teller Machines (ATMs).

A renowned banker, who spoke on condition of anonymity, said even though the extent of losses would vary from one bank to the other, the financial institutions would suffer higher losses when necessary reconciliations had been computed.

Indeed, experts concurred that the latent losses could be higher than the current estimates, given un-assessed tangibles from the informal sector.

The non-disruption of operations of the nation's oil drilling platforms and export terminals was adjudged to be a saving grace, as the figure could have been more worrisome.

The capital market was not isolated from the crisis as transactions volume remained on the decline despite the pendulum movement performances of the corporate performance indicators.

At the close of transactions yesterday, the market capitalisation of traded equities dropped by N25 billion to N6.562 trillion, down from N6.587 trillion since the strike started while the All-Share Index closed lower at 20,824.82 points, from 20,905.35 points yesterday.

Specifically, about 342 million shares were traded during the period the strike lasted. For instance, the Nigerian Stock Exchange (NSE) recorded a turnover of 308.8 million shares, worth N3.64 billion in 1,217 deals last week in contrast to a total of 1.05 billion shares valued at N5.5 billion exchanged in the previous week in 10,037 deals.

Going by the figures and trend above, analysts believed that the nation's capital market might have lost about N10 billion to the strike.

According to the former President of the Association of Stockbroking Houses of Nigeria (ASHON), Mr. Rasheed Yussuff, it is surprising that the market went up most of the time. If you are to quantify how much the market has lost, it may only be measured in terms of volume and the market volume reduced but the market capitalisation and the All-Share index rose.'

For the National Coordinator, Progressive Shareholders Association of Nigeria, Mr. Boniface Okezie, the market within the period did not attract full participation from operators, as investors did not make orders for shares.

The Executive Director, African Institute for Applied Economic, Prof. Eric Eboh, in an interview with The Guardian yesterday, faulted the figure released by Central Bank of Nigeria (CBN), which put the country's daily losses to the strike at N100 billion.

Eboh said that it was difficult to quantify the losses.

He said: 'I wonder how the Central Bank arrived at the N100 billion it said that the country lost to the strike daily. If it is by dividing 365 days with the nation's Gross Domestic product (GDP), I doubt the authenticity of that methodology.'

The Head of Research at Vienna-based JBC Energy GmbH, David Wech said: 'I don't think there will be a complete breakdown in Nigeria; there is a lot of offshore production, which was not affected, but I wouldn't be surprised to see a down turn in supply.'

Wech said the situation was unlikely to impact on oil companies operating in Nigeria because they have long dealt with production problems in the country and are used to the volatile environment.

He noted that Nigeria is always subject to supply problems as supply moves up and down all the time because of security issues adding that strikes have happened before as well.

An analyst at IHS Global Insight, Sebastian Boe said that most oil companies in Nigeria have contingency plans in place to deal with strikes.

'Historically speaking, similar situations have lasted just a couple of days, because the oil industry has proved it can keep on ticking without union members coming to work.'

He added that the oil firms have no problem with using skeleton crews of non-unionised and foreign workers as much of the production process is automated.

'Over the years, the oil sector has been immune to certain things like changes in leadership, but I think all business including the oil industry would be better off if Nigeria was less corrupt and if they didn't have to create their own infrastructure, like provide own generators to produce their own power.

In the maritime sector, operators were busy computing their losses last night.

They however estimated the losses in the sector at N96 billion, of which the Nigeria Customs Service (NCS) alone recorded N19.8 billion and the Nigerian Maritime Administration and Safety Agency (NIMASA) one billion. The balance of the losses are said to have been incurred by the Nigerian Ports Authority (NPA), the Nigerian Inland Waterways Authority, the Nigerian Ship Owners, marine service providers and the ports terminal operators.

Sources at the NCS said the figure was based on the average revenue of N17.6 billion per week before the strike, adding that the strike lasted for six days.

The President of the Seaports Terminal Association, Vicky Haastrup, said the loss to sub-sector was colossal as she put it billions of naira.              .

'I cannot quantify the loss to the terminal operators now, but I can assure you that it is colossal and in billions of Naira. We recorded losses in so many ways and we have to pay staff from the income we did not generate for the period,' she lamented.

To the president of the Association of Licensed Telecommunications Operators of Nigeria (ALTON), Mr. Gbenga Adebayo, the cumulative loss would be in several millions of dollars.

Adebayo said the losses must have been in several millions of dollars because most operators were unable to access sites for maintenance and service interventions.

Corroborating the impact of the strike on his members, the President, Computers and Allied Products Dealers Association of Nigeria (CAPDAN), Mr. Tunji Balogun, said the action impacted negatively on his members.

'All business activities came to a standstill. People couldn't visit the market just as our members observed the sit-at-home directive of NLC and TUC.'

In a text message reply to The Guardian enquiries on the effects of the strike on the telecommunications sector, the General Manager, Corporate Communications, MTN Nigeria, Funmi Omogbenigun, admitted that the company, like other businesses in the country was adversely hit.

The President, Institute of Software Practitioners of Nigeria (ISPON), Dr. Chris Uwaje, said the sector is investment intensive, services all other economic sectors; ranging from government, oil and gas, education, defence, transportation and aviation, healthcare delivery among others and driven by speed at all levels of its activities and operations.

Just like the airlines, the various aviation agencies like the Nigerian Airspace Management Agency (NAMA), the Federal Airports Authority of Nigeria (FAAN) and the Nigeria Civil Aviation Authority (NCAA) did not carry out their duties.

Apart from NAMA, which deployed its management workers to take charge of air traffic control, others' presence was not seen at the airport.

Cumulatively, the sector may have lost more than N18 billion to the strike.

For non-aeronautical service, the loss may be more than N8 billion.

The Country Manager, British Airways, Mr. Kola Olayinka said most of their passengers are lodged in hotels in Abuja, adding that the strike was taking enormous toll on their operations.

Spokesperson for Virgin Atlantic Airways, Mrs. Wuraola Oduntan said protesters got into the terminal building of the Murtala Muhammed International Airport, Lagos and stopped all the airlines' officials from checking-in their passengers.

The Assistant Secretary General of Airline Operators of Nigeria (AON), Alhaji Mohammed Tukur, stated that the carriers could go into negotiation with the FAAN on waiver for the parking of their equipment for all the days they did not operate, adding that many of the operators quickly took their aircraft to their bases.