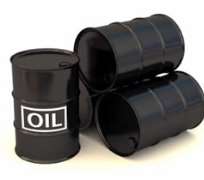 The chips are down now, and it is needless to say or define which side of the divide people will go. Everyone now speak from the depth of their anger or understanding. The Government got it coming and so where the people. All the stages were set and both side decided to see who blinks first. Unfortunately, President Goodluck Jonathan accepted to be the slaughter lamb through his transformation agenda. And so the music is on. Which dimension it will end finally no one can guess. What is known is that the uprising, which from the beginning could have been avoided, has just started. Again, depending on how all parties handle it, we may not experience anything similar to all that happened in North Africa or elsewhere. But we can be rest assured that at the end, stability in the country would be achieved. Nigeria does not have the slightest desire to break up even in the face of unrepentant Boko Haram.

Nigeria is a blame dropping country. No one takes responsibility of anything especially when things go wrong. Take our football for instance. A coach is the scape goat every time we lose matches. No one remembers him when he wins. Yet, no one sees that at loosing, behind the scene, the coach had gone without salary for month, sacrificed his personal fund to cater for the players and all in the face of provided fund which official behind the scene prefer to feed fat on, careless of the would be outcome of critical matches hence today we have swept under carpet the shame of Nation Cup and World Cup absence in next edition. We shall only remember it again as soon as the nation cup fiesta takes off later. That is why to date too, no one has pinned down anyone or group responsible for the nation's poor electricity distribution in the country where Generator importers are feeding fat. I live in Port Harcourt and every discussion revolving around electricity in Rivers State is to the effect that there is enough power to go round with extras even if all electrical appliances in the state are switched on same time. So why is it that some areas in the same state still cry as they are hardly served with this essential commodity? Next on the line is blame. Everyone in charge will shift the post to the next until you are headed to a vacuum and left alone to hazard your own guess of whose fault it might be. Yet funds are voted for service delivery which soon becomes abandoned in and out, no one monitors, or questions, or do the government ever give any time line for any of their project. The same goes for Water, Roads, Drugs, everything! This is the reason the governed have lost hope on the leaders. It did not start today. What we see now are some of the reactions based on old agitations which like volcano has now erupted.

Time and time again, I have written and will repeat here that Nigerian leaders better called rulers have remained greedy because at no time to date, has there ever been any successful meeting of the mind as to how to move the country forward after the first republic leaders call our founding fathers. The attempt by the second group ended in fiasco. The third group produced General Yakubu Gowon and that was how Nationalists ended. Hence, today, the likes of General Adeyinka Adebayo, General David Ejoor, Brig Mobolaji Johnson, Alhaji Maitama Sule of Kano to mention a few, all of which are nationalists who have been thrown to the back ground because they didn't loot the treasury in their time and so are never talked about.

The leadership of Nigeria over the years has thrived in deceit. This is one major reason the education sector of the economy has received less than desired attention as the leadership is quite aware that an informed people would at all time challenge the authorities about the goings on.

Whatever was the desire of the Jonathan's administration to remove the fuel subsidy at this point in time is a most misconceived idea. Even with the best of intention, it is also at best, ill timed. Palliatives of Oil Subsidy are one project which ought not to come to the people as an afterthought. The federal Government cannot be seen as very serious given that states have purchased vehicles in that number, but didn't meet the demand of commuters. Babangida and Obasanjo administration tried it and failed.

Governor Chibike Amaechi of Rivers state in his palliative message told Port Harcourt residence to pay between N70 and N100 for a journey between Mile 3 and Rumuokoro. He in fact said that he would arrest any who charged more. This is a good sign of solidarity on the governor's side, but who pays the bills anyway? I am wondering if his words were adhered to by transporters and if he has made any arrest. Lagos state Nigeria, in recognition of the hectic transport problems desired to reduce commuters' suffrage. Solving the riddle once and for all they went into public enlightenment campaign informing and advising the people of the benefits in the use of public busses as a means of transportation to and from work. It initially marked out the now popular BRT routes and for starter, bought some busses and taxis. The busses were and are still being handed by the state transport company, but the taxis were sold to individuals at reasonable price. The success of the BRT service today has lead to commuters opting for the best of choice whenever the challenges of travel are present. Today, the choice of which mode of transport to take for any trip in Lagos rests on the commuter. Beyond this Lagos is already moving ahead in her plan to have the Tram system all for smooth transportation. Lagos today has told who ever care to listen that public utilities are provided through taxes and they pay because they are seeing the fund at work. This is where the government got it wrong. What is 1600 busses do in the mixed of 165 million people? Why has the Railway project gone comatose? How many passengers would 1600 busses carry compared with one Train? One trip by Rail alone is capable of conveying over 1000 passengers compared to 35persons to a bus.

We have cried out to whom it concerned that the nation cannot afford the over bolted earnings of the National Assembly members and their concomitant staff, but none heard or heeded, the presidency pretended as if these problems did not exist. Dimeji Bankole was accused, arrested and is being prosecuted for the reckless borrowing of over N40 Billion from the banks to cushion the effects of their secret salary increase. Where is the case now? Didn't the powers that be see, hear and know that the salary and allowances of the National Assembly members were over bolted? We have been told that the National Assembly alone gulp up our one quarter of the National Budget, a senator earns more than the president of America and the rest why should this be and remain unchecked? Why should the Nigerian Masses go through maximum suffering with less than minimum wage and the leadership move on with more than maximum wage and benefit with less than minimum efforts? Yet we buy from the same market? It does not add up.

The government had in the past as it is doing today, promised and kept failing in her promises to deliver in every sector of the economy except on encouraging corruption. Now Oil subsidy is being nominated to be one drug cure tonic to all ills. Are we honest in all these? That is the basic issue. The general reactions now seem set or focused on oil alone. But the real issue is the bottled up neglects the people have been suffering years in and out.

No sane Nigerian is opposed to the fact that those who have been milking the people dry and have been identified should be let off the hook. None would have, in the face of punishing majority of those selfishly drying the well of our wealth, begrudged the leadership if steps are being taken in the right direction. That is transformation. It is a shame that the likes of IBB whose government championed the decay we are passing through now, can seem to be loud commentators today. Where was he when his government was accused of not having 'human face'? Where to date has IBB put the $2.8Billion windfall received by the nation during the gulf war? Where is the Okigbo Report which chronicled the activities of the time?

Having known all these, it is important that we recognize that fixing the country's' ills cannot be one days job. So many things have gone so bad that the only thing common to the memory of the common man is common pain hence they are not inclined to believing that help is by all means on the way.

Even as I write, neither the Government nor the Labour Congress has shifted grounds. This is a demonstration on their part that they have been insensitive to the pain of the common man the pledge to save. Are they to exhume the bodies of the dead to prove to both parties that the toll is rising daily? It is ok that Labour, the man in the street, Civil Right groups and Government are still dialoguing. But it is needful to state that the sign of the time is that the people patience has waned and the only option is for us to ensure transparency is the word. The Government and the people should know that it is wrong to continue to feel that everyone's job is no one's job. The time is far gone. Today, the leadership is being called to account because President Jonathan woke from slumber and decided to do the work everybody left undone for many years. The question is someone is asking why everybody did not do the work somebody ought to have done and is demanding an answer.

Finally, it should be sounded loud and clear that the people are no longer ready to subsidize corruption under any guess. One of the great results we shall savour after the Oil hullabaloos however is that the leaders will now know for certain that there is no safe ground again for all who desire our undoing and so thread softly. It will be fool hardy to assume that no one sees any longer. Good luck Nigerians.

Mike O. Akpati is a Public Affair Analyst based in Port Harcourt