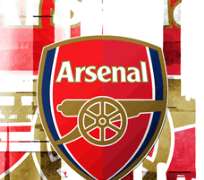 Arsenal is putting finishing touches to a pre-season visiting plan to Nigeria this summer. Officials from the London club visited Nigeria last month to inspect facilities and met with the Nigeria Football Federation (NFF) to discuss the tour, scheduled for July. On Friday, organisers, DanJan Sports and Arsenal officials, met at the Emirates Stadium to finalise details.

'Everything is right on track. Nigeria will happen,' Arsenal's marketing director, Angus Kinnear, said. 'We had a successful meeting and covered much ground. 'It's very important to get the right message across to fans in West Africa and the entire continent. 'There is a strong desire to connect with our fans in Africa and the first step starts in Nigeria.'

This is very big because Arsenal has got a huge fan base in Nigeria, the most populous country in Africa

Traditionally,the club plays host to an annual pre-season tournament at the Emirates Stadium, but it opted to postpone the event for a year because of the 2012 London Olympics. As part of its preparation for the 2012/13 season, the club has opted to connect with its huge fan base in Africa, by visiting the continent for the first time.

David Omigie of DanJan Sports, a Fifa-licensed match agent, said: 'This is very big because Arsenal has got a huge fan base in Nigeria, the most populous country in Africa.' 'It was very important to meet others from different departments of the club and everyone is excited with the trip to Nigeria.' In July 2008, DanJan Sports brought two other English clubs, Manchester United and Portsmouth, to the Nigerian capital, Abuja, for pre-season friendly.