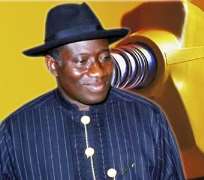 No one doubts that there could be a long-term benefits for all Nigerians from the massive oil price deregulation but the ill-timed manner by which executive decision was made showed poor management style.

This leadership blunder has not only resulted in a state of economic and social confusion but it has equally received tensed response to split-minded way with which the government reached its decision.

The ineffectiveness behind the fuel subsidy removal order remains clear as evidenced in the people’s painful reactions.

Certainly, in an economy like Nigeria which is marked by severe economic gap and class division among the people, the President and his advisers could have fully prepared the nation, and should have anticipated the people’s reaction.

A reaction that could have been less hostile if the government had in the last few weeks and months talked openly about the grave need for oil subsidy removal.

The President could have made sure that everyone or targeted groups are informed of the full benefits of the deregulation of oil by carrying out vigorous campaigns across the country.

Today the President is faced with split opposition both at home and abroad. An opposition that is further complicated by the President’s close agents which include ministers and other executives. They who grossly failed to campaign for public preparation and change in this oil matters.

They failed for habitual and selfish reasons. And they appear to be in a state of ineptitude due to fear—a fear caused by the need to avoid the people, a fear surrounded by insensitivity in regards to the people’ day-to-day burden and plight.

Instead they are known to travel overseas wastefully and within the country ride in a convoy of cars to work, residence, market, church, mosque, and restaurants.

A better approach leading to the removal of the oil subsidy could have been more helpful if the administration had done what it is doing now in terms of offers—buying sufficient numbers of mass transit vehicles duty free, reduction of salaries of political office holders, opening up employment and other sweet incentives!

The sudden announcement of these compromises has in an ironic way fired up the already exiting bubbling relationship between the administration and labor organizations.

It could have been more psychologically healthy for the administration if before now it had made operational declaration of fully fighting fraud and corruption, and if it had assured Nigerians of better ways to enhance their economic safety.

Now this mindless act of not passing out public information on time in regards to their subsidy plans is being complicated by a reported court order to stop the strike. But it appears that this tactic came too late as the bitterness and rage has grown too deep in the people.

Now there could be threat to public peace, to national security and even to the demonstrators.

No matter how this trouble ends, one great lesson from this lack of good time management and poor information/sensitization campaign to policy issues is that the President and his persons will learn to use less desperate and harsh moves to address Nigerians on realities like the subsidy removal. This is essential in order to avoid any future abrupt, hasty and underhanded announcement like the subsidy removal decision.

Let us hope that the proposed people’s mass protests does not result in a state of harm and evidence a show of injustice from both sides in order to reduce more trouble, woe and discomfort to the nation.