TIME TO END SUBSIDY ON INEFFICIENCY 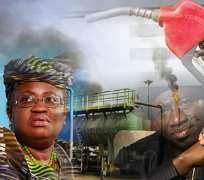 President Jonathan’s decision to increase the price of petrol on January 1, 2012, will go down in history as one of the most cynical decisions by a Nigerian president. Even though there is enough mistrust for the current government, very few people actually imagined that the president will decide to inflict so much pain on Nigerians during the season of festivities. Not when the government kept assuring the public that it was negotiating with stakeholders; certainly not when the minister of finance stated publicly that no date had been fixed for the so-called subsidy removal.

The more than 100% increase in the price of petrol, if not reversed, may turn around to haunt President Jonathan for the rest of his life. As I write, there are reports of thousands of Nigerians stranded in different parts of the country because of the astronomical rise in transport fares occasioned by the unconscionable increase in petrol price. Prices of food items have gone up, and soon landlords will be demanding for higher rent. Add to this the mindless slaughter of innocent Nigerians by those who claim they want to propitiate Heaven and you have a recipe for disaster.

I have had reason to argue with my friends who say we should give President Jonathan the benefit of the doubt. My position is that the president can’t be trusted. So, I was not at all surprised by the announcement of the Petroleum Products Pricing Regulatory Agency (PPPRA) on January 1. I shall return to this. My position on President Jonathan is based on a simple, but fundamental issue: the president’s asset declaration. Early last year, President Jonathan while campaigning for the April 2011 presidential election serenaded us about how he went to school without shoes. When he was sworn in on May 29, 2011, he promised a “transformation agenda” and to fight corruption.

The minimum standard for any president interested in transforming Nigeria and fighting corruption, one of the greatest problems confronting the country, would be a public declaration of his or her asset. If President Jonathan had done this, it would have enabled us to compare it with what he declared four years ago as vice-president after much public outcry. That would have been reassuring! But he has refused to do so even when civil society groups have gone to court over the issue.

Why should we trust a president who finds it difficult to make public his asset? That is why I support the position of the Nigeria Labour Congress (NLC) and I hope it maintains it – that the only condition for discussion is for the government to revert to the status quo ante. The statement by the PPPRA announcing the price increase is quite instructive. The opening lines read: “Following extensive consultation with stakeholders across the nation, the Petroleum Products Pricing Regulatory Agency (PPPRA) wishes to inform all stakeholders of the commencement of formal removal of subsidy on Premium Motor Spirit (PMS), in accordance with the powers conferred on the agency by the law establishing it, in compliance with Section 7 of PPPRA Act, 2004.”

According to reports, the Petroleum and Natural Gas Senior Staff Association has challenged the Executive Secretary of the Petroleum Products Regulatory Agency, PPPRA, Reginald Stanley, to tell Nigerians when the board of the agency met to decide on the adjustment in the pump price of fuel. The president of the union, Babatunde Ogun maintains that the board of the agency is yet to be reconstituted and can therefore not meet on the hike in the price of petrol. Clearly, the government needed the dialogue sessions and town hall meetings with so-called stakeholders to legitimize its position. The regime had made up its mind long ago. I hope our friends who insisted on “dialoguing” with the government have learnt some lessons. What the government did not reckon with, however, is the response of Nigerians from all walks of life. As one commentator put it, “the opposition to fuel increase will ultimately result in resistance to everything the ruling class represents in Nigeria”.

Thanks to the resilience of Nigerians, the government has suddenly realized it has to prune the cost of governance and cut back on the perquisites of government officials. To show that he feels our pain, the president, in his national broadcast on the eve of the planned nation-wide strike, said “the basic salaries of all political office holders in the executive arm of government will be reduced by 25%. He also noted that he had “directed that overseas travels by all political office holders, including the president, should be reduced to the barest minimum. The size of delegations on foreign trips will also be drastically reduced; only trips that are absolutely necessary will be approved”.

Great! But he should go a step further. Let him and key functionaries of his government (the VP, the finance minister, the petroleum minister, the governor of the Central Bank, etc) declare their asset. I agree with the blogger who wrote that “if they have decided to cut 25% of their salaries and reduce their travelling expenses to the barest minimum, if that can pay for the subsidy and repair our refineries, that will be fine, if not they should do more. All we want is for them to go back to N65. The masses have sacrificed a lot in the past. It’s their turn now to sacrifice”.

There is a government directive that ministers, CEOs, and heads of government departments and agencies can only fly Business Class at government expense. Not a single minister or CEO adheres to this directive. They all fly First Class. Most times, with their family members, girlfriends, and concubines. Depending on the airline, and the destination, the difference between Business Class and First Class could range from 5 to 8 thousand dollars or more. Let the smart people amongst us do the math, taking into consideration the number of ministries, government agencies and departments in Nigeria and how often our public “servants” travel overseas, for official (including medical checkup) and unofficial business.

If President Jonathan is looking for money “to ensure improvement in national infrastructure, power supply, transportation, irrigation and agriculture, education, healthcare, and other social services”, he need not look any further. While we protest, we may do well to also show the government how it can save cost, apart from raising the price of petrol, since it appears clueless!