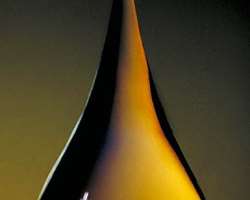 In response to the call by well-meaning and more senior citizens like Professors Wole Soyinka, Chinua Achebe and J.P.Clarke, urging all persons with various levels of influence in the society to douse all forms of reprisal attacks in the country, the following thoughts are hereby humbly offered as solutions to the on-going strike by labour and civil society groups in Nigeria over the removal of fuel subsidy by the Presidency, an action which has precipitated widespread discontent, judging by the alacrity with which our citizens, both young and old, embraced the call for participation in the strike.

1.While noting that the Boko Haram's bombing and shooting and responses to them by aggrieved parties cannot be ignored, it is hereby contended that they should not be allowed to divert attention from another equally pressing threat to Nigeria's political stability, economic well-being and international image, which is the mishandling of the petrol subsidy removal issue by the PPPRA and endorsed by the President, Dr. Goodluck Jonathan, with effect from January 1.

Considering the fact that political stability and economic progress have been adversely affected as a result of the on-going strike by Labour and civil society groups over the subsidy removal controversy, fellow citizens at the federal, states and local government levels and in the Private sector of the Economy, are requested to remain alert on the genesis of the conflict so as to objectively apportion blames and proffer solutions which may serve as guides to how to avert similar confrontations in future.

In these respects, it needs to be appreciated that truth, equality and freedom of expression without pulling ranks, are indispensable components of democratic life and success of democratic practice anywhere in the world.

That means while being respectful of other persons' views, correct behavior should be determined by democratic tenets, respect for the rule of law, flexibility as the circumstances demand, as well as humility by all concerned, without sacrificing truth and justice for position and fear of losing present privileges.

Therefore, it needs to be understood that in any democracy, there are specific procedures for reaching certain decisions in the public interest, including debating and conclusions of deliberations on issues and developments, so as to avert disputes like the present one on the removal of the disputed subsidy on petrol.

Secondly, since government's decisions in a democratic dispensation ought to follow those procedures, it is clear that no arm of government should accidentally or deliberately and perhaps ignorantly or innocently spring surprises on the other arms of government and members of the public, for that matter.

When it is recalled that the House of Representatives and Senate were yet to make and publicly announce their own inputs to the decision and that the House of Representatives in fact held an emergency session on Sunday, January 8, in Abuja and advised Mr. President to shelve the plan, it is possible to hold that the President based his decision on the recommendation of an Agency without getting the appropriate and inevitable concurrence of the legislative arm of the government.

Without fear or equivocation, respect for the truth demands that the Presidency should, after due regards to law-making processes in a democracy, admit that President Jonathan acted out of step and even contrary to his Administration's pledge to handle the matter by April 2012 and leave room for more consultations with all stakeholders until April and in the life of the next budget.

The least one can say is that his action was unduly precipitated, and based on an assumption that only himself and the Presidency knew what is best for Nigeria.

As a political observer in Nigeria since 1960, our present leaders are well advised to refrain from thinking and behaving like that, because autocratic and impunity tendencies begin in such negative, imperceptible ways.

Instead of castigating House of Representatives members for doing their duty to the country by alleging naively that they were, by recommending a return to the previous petrol price regime of N65 a litre until further notice, one must commend them for their political sagacity, humility and decorum in not pulling the president down by accusing him of trying to become government, all alone. All members deserve appreciation and not vilification for that patriotic and truthful position they took on this conflict on Sunday.

There is no doubt that the president needs to be conscious at all times of all the due processes necessary for making policy decisions and that hardening his heart will impede early resolution of the conflict, leading to further economic losses and delays in achieving the Millennium Development Goals (MDGs) and Vision 20:2020,among other developmental targets.

Any attempt by him and his agents to create additional tension by making spurious claims, instead of returning to the old price and conference tables, should be seen by all well-meaning Nigerians as absolutely divisive, ill-informed and counter-productive, and certainly against the national interest and truth.

In view of the observations and comments above, the following ideas are humbly presented to the public and presidency as rock-solid ways of terminating the present conflict, which the Labour and Civil Society reaction to the oil subsidy removal has generated:

•That president should adopt a repentant and humble posture and thereby save the country from prolonging this crisis through diversionary tactic, avoidance of the truth, avoidable obduracy, pride and arrogance, whichever applies.

•That the President should please be more responsive to public opinion on the issue by recognizing the fact that, 'the voice of the people is the voice of God,' that he would not be losing any face by respecting the sovereignty of the Nigerian people as expressed unequivocally by the consensus and solidarity shown by the people over this fuel subsidy removal issue until all necessary and sufficient conditions thereto have been met, including legalization of the policy and measured introduction of the deregulation packages,

•That the President and Presidency need to avoid any tendency towards unduly polarizing our people, disrespecting public opinion and arm-twisting or attempting in any way to corrupt labour and the civil society groups operating with democratic principles and the sovereign powers of the Nigerian people,

•That the House of Representatives and Senate should always remain vigilant in ensuring that their mandates are not by act of omission or commission hijacked by any other arm of government, institution, groups or individuals and accordingly advise the president to officially table his entire deregulation blue – print for appropriate legislative deliberations, with minimum delay, in the national interest.

The jobs promised by the President and other palliatives obviously need to be first vetted by the National Assembly, as was the case in the U.S.A., when President Barak Obama had to communicate with the Congress over the economic recovery plans for the USA, notably the health care, housing and jobs creation aspects of that country's public affairs, among others, in keeping with the tenets of democracy. Nigeria cannot be an exception in this best practices democratic tradition….not again!

• That President Jonathan should see himself as a team player in the governance processes and always avoid what may be misinterpreted as acts of impunity and ignorance of universal democratic principles and, therefore,

• Accept the wishes of the NLC, TUC, the Legislature, responsible media and active citizens in their millions that the prime motor spirit (PMS) price be restored in the interim to N65 level until the issue is resolved, without insisting on surrender to his will by Labour,

•That to ensure timeliness in resolving the impasse, a political and economic conference of all stakeholders and other citizens be organized while the presidential proposal is being handled expeditiously by the National Assembly, so that by July 2012 latest, Nigerians can cross the bridge on this volatile issue,

• That it be generally agreed that democracy has specific procedures for reaching decisions and therefore that the One-Sided National Industrial Court (NIC), intervention in the issue at the last minute was in bad taste and an avoidable way of bringing the rule of law to ridicule in Nigeria,

• That all these be done speedily with the desirable high sense of civic responsibility, and that all should embrace peace and safeguard the country's future, until otherwise decided by the peoples' representatives,

•That all Nigerians should recognize that since we cannot make an omelette without breaking eggs, the energy, time, resources including money and valuable man hours lost as a result of this strike be regarded as a fresh opportunity to redouble efforts towards achieving the goals on Fundamental Objectives and Directive Principles of State Policy in Chapter Two of our constitution and also fast-track efforts towards achieving the goals highlighted in the official Vision: 2020, which prolongation of the crisis through manifestation of self-righteous and inflexibility by the Presidency cannot assist in any way.