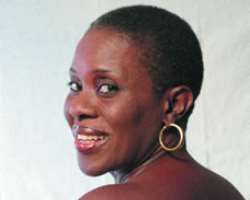 While being a Nollywood star will keep most mothers from their homes because they are always at one location or the other, it is pertinent for these mothers to spend whatever little time they have with their kids when they are around. And this must have been the reason star actress, Joke Silva over the weekend took her son and another kid to the Silverbird Galleria where they had the time of their lives.

The kids strolled round the Galleria and bought the things they loved with mummy at their side making sure they were okay.

The actress left with the kids shortly before the beginning of a premier that was scheduled to hold at the cinema that evening. She was absent from the premier and it is not too wrong to say that she may have needed to get the kids home to rest as there will be school the next day.