Film and Broadcast Academy takes off 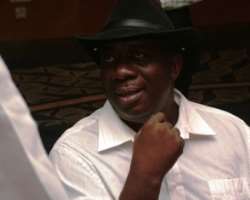 The Ejiro brothers are known for their prowess in movie making and their passion for the entertainment industry, no doubt, is unequalled.

Perhaps, to further demonstrate their commitment to development of the movie industry, the brothers, with the support of some stakholders in the movie industry like Chief Charles Akeni, have set up a film academy called Film and Broadcast Academy in Ozoro, Delta state.

Speaking to us recently about the new school, Chief Akeni, a retired Public Relations (PR) manager in Shell Company and chairman of the academy said although 8,000 candidates have passed the Joint Admissions and Matriculations Board examinations to gain admission into the school, they would be writing the required screening exams by Saturday December 12.

“We intend to commence classes in January. The school has a dormitory for students who live far from Delta state, studio for movies, music studio and mini studio for broadcast and will apply for radio and television license as the academy is for both those who want to be professionals in moviemaking and broadcasting.

Chief Akeni said he got interested in the academy because he felt there were greater heights the industry could aspire to. “Acting, broadcasting, film directing, scriptwriting and all aspects of the entertainment industry needed to move to a higher level,” he said.

Zeb Ejiro, who is also the vice chairman of the academy, said the academy would train the students to be independent professionals that would raise the standard in the industry.

He said the students would be involved in the practical and theoretical aspects of the lectures while in the school and they would have the opportunity to sell their music, films and other presentations on the Internet.