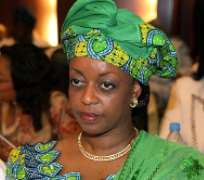 The federal government may have more job to do to convince the people that it had spent over N1.3tillion on subsidising the premium motor spirit popularly called petrol as analysts have claimed that the actual cost of the product is not even up to the N65 per

Coming out of a Town Hall meeting in Benin, the group, under the aegis of the Coalition to Save Nigeria (CSN), said in a communiquÃ© that since Nigerians have discovered the deceit that has trailed the proposed removal of fuel subsidy by the federal government, they are prepared to resist it or any move to increase the pump price of the product.

It said it had started mobilising the entire country against the move which it described as anti-people.

CSN said Nigerians could no longer trust the government for anything and that instead of the government to aim at increasing the cost of the product, it should review the price downwards to the N39.50 original price per litre and then account for the excess money on fuel price increase since 1999.

It said every time the pump price was increased, the government had always given reasons of channelling the excess for development of the country, but till date, there has been no result from the several increase. As a result, it called on Nigerians not to buy into the arguments of the government on the issue.

The CSN further asked the President and his men should quit is they cannot fight the corruption that has ravaged the various ministries, departments and agencies involved in the regulation, importation and distribution of fuel in the country.

Part of the communiquÃ© moved for the removal of Dr. Ngozi Okonjo-Iweala, as Minister of Finance and head of the country's Economic team because she had demonstrated incompetence and lack of adequate knowledge of the workings of the Nigerian economy and for being the eye of the World Bank and its policies against the downtrodden Africans.

While presenting his speech at the event, former President of ASUU, Prof. Festus Iyayi, warned Nigerians against accepting the removal of subsidy, which they see more as increase in the pump price. He claimed that judging from the analysis, the product has since been fully deregulated.

According to him, "Nigeria has no private sector; all we have is parasites who take over what government has built. We have over 100 Nigerians who own private jets. Where did they get the money from?"

While giving the pump price of petrol in other countries which are also member of OPEC as Saudi Arabia N18.00; Kuwait N32; United Arab Emirate N57; Venezuela N17; Qatar N34; Iran N17, and Algeria N31, he explained that fuel price has been increased 18 times so far in the country. He further lamented that all the licenses given to investors to build private refineries by former President Olusegun Obasanjo since 2000 have not materialised as the licensees have abandoned the projects.

He said that Nigeria produces light crude that is not difficult to refine and as a result, Nigeria should never have followed the World-Bank recommended price especially as an OPEC member.

While Nigerians are crying over hard times, Prof. Iyayi said those in government have continued to be subsidised by ordinary Nigerians citing the 2012 budget proposal in which the cost of feeding for President Goodluck Jonathan and the Vice President was N1billion meaning that they are both to spend N2.4 million a day on food while many Nigerians live below poverty line.