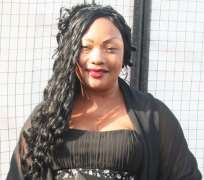 Few sittings to the end of the divorce suit instituted by popular Nollywood actress, Eucharia Anunobi, against her estranged husband, Charles Ekwu, at the Probate and Family Division of the Lagos High Court, Ikeja, the husband has finally entered appearance for the first time before the court.

The actress, had in the suit, sought the dissolution of her marriage to Ekwu on many grounds, including abandonment and lack of responsibility to their only child.

Until the surprise appearance of the husband, Eucharia had been scheduled to adopt her final written address without a representation from the respondent, but the husband, through his counsel, Mr. Anenele Okoh, had now told the court of his readiness to pursue the matter, claiming that he was outside Nigeria since the case started.

Counsel for Eucharia, Robert Onoihke, however pressed hard to adopt the address, claiming that the respondent acted in bad faith, but the court adopted a modest approach.

Justice Elfreda Williams-Dawodu agreed to allow the husband to be accommodated in the suit.

Consequently, Eucharia's lawyer asked for N50,000 cost against the husband, but it was reduced to N5,000 by the court.

The matter was adjourned till February 3, 2010 for proof of service and further hearing.