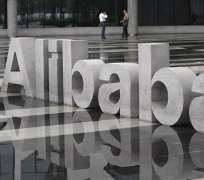 Alibaba Group has hired a Washington lobbying firm in a sign that the Chinese e-commerce company would be willing to make a bid for all of Yahoo Inc in the event that talks to unwind their Asian partnership fail.

Japan's Softbank Corp, which owns a 30 percent stake in Alibaba and is a partner in Yahoo Japan, is also listed as an Alibaba affiliate in the disclosure by the lobbying firm, Duberstein Group Inc.

Alibaba Group's founder, Jack Ma, said in September he was keen to buy all of Yahoo if the opportunity presented itself.

Hiring a Washington lobbying firm could help Alibaba address any U.S. political opposition to a complete takeover of Yahoo by a company from a country that controls and censors the Internet.

Chinese companies, such as telecoms giant Huawei Technologies Co, have run into opposition when they have tried to buy U.S. assets over the years.

"The national security concern is sometimes just an excuse for commercial concerns for any country, but certainly for the United States," said Mark Natkin, managing director of Beijing-based consultancy Marbridge Consulting. "I don't think there should be a big concern (for Alibaba buying Yahoo). Users may share or keep as much data as they like.

"If they subscribe to Yahoo and (they know) Yahoo is owned by a Chinese company, they are going to have to make the decision themselves," Natkin added.

Alibaba, Softbank and Yahoo have been looking to unwind their complex web of relationships. Alibaba retained Duberstein in the fall when it was discussing a proposal with private equity firms to carve up Yahoo, a source familiar with the situation said.

While they would jointly make a bid for the whole company, the idea was for the buyout firms to take over Yahoo's U.S. operations and for Alibaba and Softbank to get the Asian assets.

But a buyout of Yahoo has now been put on the backburner as the U.S. Internet company is considering a proposal to address just the Asian assets that Alibaba and Softbank want. That plan, valued at roughly $17 billion, would reduce Yahoo's 40 percent stake in Alibaba and get Yahoo out of Yahoo Japan, sources told Reuters last week.

Yahoo is exploring proposals to revamp its business in the face of competition from Internet heavyweights such as Google Inc and Facebook.

Investors have long said Yahoo's investment in Alibaba, along with its 35 percent slice of Yahoo Japan, are far and away the U.S. company's most prized assets. Yahoo has a market value of around $20 billion.

Earlier in December, Thomson Reuters publication Basis Point reported that a handful of lenders are considering committing to a $4 billion loan for Alibaba that will help it buy back part of the 40 percent stake that Yahoo owns in the company.

LOBBYING FIRM
The filing marks the first time Alibaba has registered to lobby the U.S. government, according to a search of congressional records.

The Duberstein Group is headed by Kenneth Duberstein, a former White House chief of staff under U.S. President Ronald Reagan. Its other clients include BP America Inc, Goldman Sachs & Co and Pfizer Inc.

The lobbying registration lists the law firm Wachtell, Lipton, Rosen & Katz, which specializes in mergers and acquisitions, as an intermediary between Alibaba and the company's lobbying team.

The registration was received by a U.S. Senate office on Dec 23 and then posted online, but the lobbying work likely began earlier.

Under U.S. law, a lobbying firm is required to file a public disclosure within 45 days of crossing certain thresholds such as making contact with a public official. The filing for Alibaba says it is effective as of December 1.

Messages left with the Duberstein Group and Wachtell were not immediately returned on Wednesday.