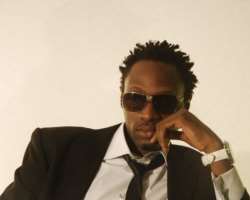 Momentum gathers and preparation is in top gear, as artistes and bankers show excitement over the forth coming Bankers Nite-Out. Despite the fact that it is the first edition, there have been tremendous support and endorsement for the event from corporate organisations, government agencies, individuals, artistes etc.

Nigerian leading artiste, Kingsley Elikpo popularly called D.J Zeez, a hit maker and a producer,did not only give assurance of being part of the event but the fine-boy looking dude also promised something unique for the bankers. In his words ” Well, I am glad to be part of this unique concept, I love it when people try to do something different from what can be said to be conventional, so thumb up for the concept. I have got a special package for Bankers and their well-wishers that nite, all I will just say is that you try not to miss it ” the Ori e 4kasibe crooner submits.

More bankers are getting thrilled about the event as research shows that the nite-out will be like an annual assemblage for bankers and their friends to unwind and relax in atmosphere replete of peace, conviviality and excitement.

A banker known as Tosin B. Peters succinctly put it “well, since they said this is our own nite-out, why won't I be there, I have asked my colleagues that invited me about the level of security and I have been assured of a good security arrangement, because that is paramount for me, I will be there with my family, my husband already gave me his word, I want to come and see those artistes live” she declares.

The event which will have the Governor of Lagos State, Mr. Babatunde Raji Fasola as the chief host is proudly supported by MIKANO, VISAFONE, as Artistes Zone, Video Wheels, Red Carpet Media etc have all come on board as Media Partners for the event. The event is expected to have two phases, intellectual discourse session, where critical issues affecting Nigeria's baking industry will be properly dissected and concert/party time-out session where the bankers are expected to dance, unwind and catch their trip.

The event is expected to have the best of Nigeria acts unleashing different performances to the admiration of the bankers and corporate organisations representatives. The artistes and guests expected to thrill the audience are Dj Zeez, Banky W, M.I, Eldee, DA Grin, Clever J., Sean Terro, DJ Dino amidst many others while Helen Paul, the fast-rising MC/comedian and Jafextra will get people's bones cracking with laughter.

The event which is put together by I Am Productions Ltd in conjunction with NOAA Link Entertainment is the organiser's contribution to the banking industry, as it will be a forum for cross-fertilisation of ideas and networking opportunity for the bankers amidst fun and relaxed atmosphere.