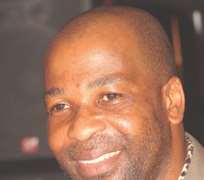 Yemi Solade is an actor that is regarded in the movie industry as a true activist. To some producers and marketers, the name Yemi Solade is synonymous to rebellion and a thorn in the flesh, while to some of his friends and fans, he is the needed revolutionary in the industry.

During the April 2011 elections, there were reports that the dogged actor was leaving the acting profession that brought fame to him for politics. This rumour was further heated up when Yemi was reported to have posted this development on his facebook account.

But recently, when NigeriaFilms.Com met him, he confidently told us that he was never planning to leave the acting profession but he was only misunderstood by his facebook update at that time.

According to Yemi, “I never came out to say that. All I did was to go on facebook to say I was going on a recess. I needed to catch a breath and find my bearing.”

Speaking further, he said, “I discovered that I was giving much of my life to location at the expense of my family life, friendship, and I felt that I was not doing service to my families and friends. I was not particularly pleased with what I was doing.

“I am a career actor, I am not an actor by accident, I have been doing this for 34 years. I am not going anywhere. I only went back to repackage myself, so that when I come back, it would be gboshh!! Ten fingers in the air (laughs),” the Next Movie Star season seven Chief Mentor concluded.