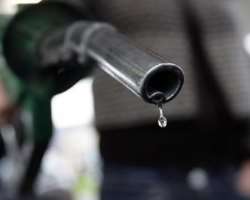 I have read a lot of the rubbish flying around as arguments in favour of the fuel subsidy removal. The most puerile of them is that with the removal, government will have more money to tackle problems of our collective infrastructure, to wit, the roads, power and fixing the refineries. The apologists have also said that removal of the subsidy is to checkmate a cabal (I hate that word) benefitting from the status quo. One of the apologists I read recently presented another puerile analysis suggesting that with fuel subsidy removal, there would be fewer vehicles on the roads, and therefore, Nigerians would be forced to leave their cars at home and patronize the public transportation system (which does not even exist). The present minister of Labour, Mr. Nwogu, recently too, hired a voice from the European Union to argue its case for fuel subsidy removal.

But all of these are just half-truths and a dubious plot to take us Nigerians for ride once more. If the government would be a little sincere, it should own up, that during the last election, it spent our coffers dry to prosecute a very difficult election jaundiced by the zoning debate. From North to South, from East to West, one prominent contestant doled out monies in sums that were incredible to believe ever existed. What occupations were these people involved that made them so rich as to finance those elections with all that money? Where did they get these monies from, if not that they were drawing freely from our common patrimoney? Mr. President himself admitted this in his maiden media chat when he was trying to defend his single tenure argument for elected civilians. According to him, the April election cost something close to $11billion…! How do we then expect it to recoup these monies if not by cutting off the cabal it recently named, and getting all the monies for itself? How?

Telling us that you want to checkmate a cabal through the removal of a subsidy in fuel is equivalent to cutting our nose to spite our face. The government knows who these cabal are, don’t they? If they know them, then there are a million and one ways to checkmate the cabal, instead of passing buck to put us. Hear me: the existence of the subsidy in the first place is an indictment for the inability to use funds accruing from sale of crude oil to jumpstart the critical areas of our economy that need a critical elixir – power, roads and the refineries – and perhaps to add insult to injury, they also want to re-introduce toll on roads that are deathtraps – from Lokoja to Abudu, from Lagos to Benin, Kano to Kaduna, and several others where Nigerians die massively yearly. Take the example of a suburb on the outskirts of the city of Abuja, on the airport road. It is called Federal Housing – it is called Federal Housing in name alone, without the things that could have presented it in that fanciful name it has. You cannot stay in Federal Housing if you do not have a power generating set that howls all day and night. You cannot stay there if you have not made provisions for your own water. Every day, residents queue for hours in the unkind Abuja sun just so as to board the few government buses that ply that road. Is anyone telling me that if you remove the subsidy, hey presto, it has solved the power and transport predicament of these hapless Nigerians who run their small and medium enterprises, SMEs, on generators, and which are contributing to global warming? Therefore, Federal Housing is a metaphor for the living conditions that the gramophone from the EU hardly knows about before he began shooting his mouth in favour of subsidy removal.

Daily, Nigeria earns trillions of dollars from oil. This has gone on for 50 years. Where has the money gone? But we all know that three quarters of that money gets shared as egunje by the three tiers of government. Principal and less principal officers of government at the executive, the legislature and judiciary divide the monies for themselves monthly. State governors run cap in hand to Abuja to collect allowances which they do not use to meet the aspirations of the Nigerians. How much have they put aside or done to trigger the processes that would lead to steady power supply, an efficient transport system, and refinery of our oil right here in Nigeria? What are they doing to revamp the roads? Where are the trains they keep talking about? How many of them who are backing fuel subsidy removal will back a removal of the egunje they’re sharing left, right and centre? Will the president stop taking his salary and allowances to demonstrate to Nigerians that he too will feel the pinch from the subsidy removal? Will his ministers forfeit their official perks so that we will all suffer the pains we will suffer from the removal of this subsidy? Will they begin to pay for the free houses, free fuel, free cars they enjoy as public servants? Why are they spending all that money to buy bullet-proof vests and allocating those fat sums for food in Aso Rock when we are yet to settle the subsidy wahala? Isn’t this the one clue we need to know that removal of fuel subsidy will only benefit government?

But I know they won’t buy their own food and water they way we all do, and that is why I’m thanking God that the subsidy is going to be removed. I’m thanking God because when the revolutions in Tunisia, Egypt, Algeria and Libya were taking place, we all said they cannot happen here. And this is in spite of the fact that conditions of life in those countries were not as severe as they are here. Yet the people revolted. But I believe the removal of fuel subsidy is going to prepare grounds for a revolt like never before. And a revolt like Tunisia, Egypt and Syria is what we desperately need here. Those who are asking for this subsidy removal may not know it, but there is already a groundswell of anger cutting across this land. You know how we know? The fresh air Goodluck Jonathan promised is already fouled with the stench of the proposed removal of subsidy, without looking at other areas (like revamping the refineries). Many people are seriously waiting for Mr. President to shoot himself in the leg with his now unpopular decision of fuel subsidy removal. That is why I thank God o, that at least, if we cannot use peaceful methods like a referendum to decide our fate as Nigerians, the removal of fuel subsidy will likely be the catalyst.

*Bob MajiriOghene, author of Deep Sighs and Tears for A Birthday, lives in Abuja.