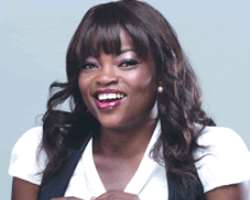 There were those who graced the red carpet for the fun of it, while others were the 'ish' to complete the word 'distinguish' on the red carpet.

Their presence lit up the atmosphere and they were topics of discussion long after events were over. Some of the newsmakers chose to be silent without the drama and undue attention that characterize every move of noisemakers.

Identifying the noisemakers isn't hard. They grace every available red carpet, dress to kill, smile to the paparazzi, walk around, and then leave. They are the first to announce every of their moves on twitter, change Blackberry pictures and issue press releases for all kinds of unworthy news. We won't waste precious newspaper space mentioning their names; we shall, however, concentrate on those who made the news without the news making them.

Omotola Jalade-Ekeinde
2011 couldn't have been better for the superstar actress; it was during the course of the year that she attended the Grammy and MoBo awards, and consolidated her place as a premium brand in Nollywood by grabbing only the big budget movies in and outside Nigeria. She became the highest paid Nollywood actress by collecting over N5 million fee for a movie shot in Nigeria. She played alongside Hollywood's Kimberley Elis, the highly publicized Layla Djanzi's movie Ties that bound, shot in Ghana. The same year, she starred in Amina alongside high profile British actor in the UK.

Shuga Band
In the business of live performances, Shuga Band topped the chart in 2010. It was expected that the Akin Tofowomo-led band would slow down in 2011, but alas! The critics were wrong. From East, West, North and South, even as far as Sri Lanka, Dubai, and France, Shuga Band grabbed all major events, leaving the rest for other bands. The band headlined Doyin Abiola's daughter's wedding in Dubai and shook Sri Lanka with talk-of-the-town performance. Ask any major event person, if you are not talking six digit figures, Shuga Band might be out of your reach.

Ini Edo
A Nollywood observer once said that apart from Genevieve Nnaji, Ini Edo is the actress with the highest number of corporate endorsements – Globacom, Chi, Noble Hair – are some of the corporate bodies that sought brand affiliations with the Uyo-born actress. Aside grabbing the mouth-watering Noble Hair deal in the course of the year, Ini Edo produced two major movies, I Will Take My Chances and Weekend Getaway. She also became the United Nations Youth Envoy on Environment. A United Nations appointment necessitated her visit to dustbin estate, where the despicable sight led her to make the commitment of building a school for the ghetto.

Mahmood Alli-Balogun
He is the type you may want to call 'old school'', especially for age and longevity in the industry. But the grey-beard filmmaker rebranded to teach the 'new school'' some filmmaking techniques. His movie, Tango With Me, went on to become the highest grossing local movie at the cinemas with over N32 million. The movie starred Genevieve and Joseph Benjamin. It is a 2011 record that only Ije beat in 2010.

Funke Akindele
Her story is as inspirational as inspiration could get. With a humble beginning and a teenage role in the popular sitcom, I Need To Know, Funke Akindele, a Lagos indigene, rose to become a force in the English and Yoruba movie genres, where she rose from being an outsider to one of the major players in the industry. Her movie, The Return of Jenifa, a sequel to the popular movie, Jenifa, went on to become the fastest box office movie at the cinemas, grossing over N29 million in just three cinemas. In the course of the outgoing year, she became a bona fide brand and Globacom renewed her appointment as Ambassador, while she starred in So Klin promo advert and reportedly pocketed several millions of naira for her efforts. She was also compere at several events, among them the Ice Prince album launch, and several corporate events.

Rita Dominic
Apart from Omotola, there is perhaps no busier actress on big budget movies than Rita Dominic. She represented Nollywood well in Kenya, where she starred in a big budget movie, Shattered. She was also the lead act in Izu Ojukwu's movie and ended the year being the executive producer of her movie, The Meeting, alongside her longtime producer, Mildred Okwo. For Rita, it wasn't all about movies alone, as telecoms giant, Globacom, re-appointed her Ambassador.

KOGA Entertainment
Not many gave the Chris Jeyibo-led entertainment firm a chance at the beginning of the year when Koga opened its door for business. But 12 months down the line Koga is the new song on everybody's lips in both the music and movie industry. During the course of the year Koga played host to many entertainers, who used one of its four visual studios for music videos or movies. Others were there to record songs, mix and mastered different songs. The biggest news the entertainment company made was acquiring the latest and most expensive camera in the world, Alexa. The camera and its accessories are said to have cost over N40 million. The production arm of Koga also embarked on production of television soap, Eve, and a yet to be released movie, Heroes and Zeros, directed by Niji Akanji. The icing on the cake was Koga's reality show, Dance234 and talk-of-the-town concert, Top10 MICS. The concert, according to industry buffs, is the best seen in Nigeria so far.

Tonto Dike
For Tonto Dike, there is no in-between, it is either you love her with untold passion, or hate with equal passion. Tonto is a major newsmaker of 2011. If she's not making news with her out-of-the-world and eye-popping displays in numerous nude movies; she is getting people to talk about her tattoo. If you didn't see Tonto's tattoo in 2011, you definitely didn't get to know what real news is in the past 12 months. Just when the year was about to end, Tonto gave scholarships to two kids and decided to pay late rapper, Dagrin, a visit. What is Tonto doing beside Dagrin's grave? You might never be able to tell. Tonto is the kind of brand that stands not for your reason, but her own reason. Lest we forget, she still has the Asaba and Enugu movie mafia in her grip.

MoHit
Abuse them all you want for lacking in musical depth, but the MoHit crew were the news in 2011. From making the people dance to Oliver, making the Wande Coal trend for the second time, to getting signed on on Good Music owned by Kanye West, MoHit is it on the news blogs. For the record, D'banj became the highest earning musician of his generation in the past 12 months.

Wizkid
Ask anybody about the reigning musician in the industry, they won't hesitate to tell you it's Wizkid. The kid singer released a chart bursting album, went up the rank of high-earning musicians and made news for fathering a baby by a Ghana-based Nigerian undergraduate. No concert is complete at the moment without Wizkid heading it.