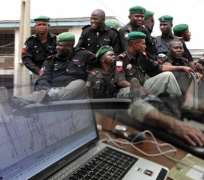 There is no doubt that polygraph examination is seen as an effective investigative tool for weeding through lies to uncover the truth.

As such national security, intelligence and law enforcement agencies use it to vet and monitor their detectives and spies, and the device is regularly given to criminal suspects and sometimes given to suspected private employees in industries.

Polygraph examination is viewed as “truth” tool, by which confessions are extracted from a suspect or a lawbreaker, sex and violent offenders especially.

Since 1921 when polygraph was created and put to use as a lie detector in America, some countries have seen their governments using it as routine interrogation tool within the criminal justice system especially.

Now there is a high probability that in Nigeria, Detectives and Officers of the Economic and Financial Crimes Commission (EFCC) will be taking the polygraph examination according to the acting Chairman of the Commission, Mr. Ibrahim Lamorde.

This declaration is in response to the worry of Senator Victor Lar, the Chairman of Senate Committee on Drugs, Narcotics and Financial Crimes. During his a recent visit to the EFCC, Senator Lar along with some committee members showed concern over the ongoing credibility and integrity problems of EFCC officers. So here comes the machine of lie detection.

As one in the profession of forensic and clinical psychology, one hears about the polygraph machine and its applications both in its analog and computerized forms.

Polygraph as a term literally means "many writings,” in regards to the ways in which selected physiological or physical activities are simultaneously recorded.

The Polygraph examiner use convoluted rubber tubes which are placed over the examinee's chest and abdominal areas. Two small metal plates are attached to the fingers in order to record sweat gland activity, and a blood pressure cuff, or related device is used to record cardiovascular activity.

Following the chart collection phase, the examiner will administer and collect a number of polygraph charts then analyze the charts and render an opinion as to the truthfulness of the person taking the test.

The polygraph examiner, both during and after the test can look at the graphs and can supposedly tell whether the vital signs changed significantly on any of the questions. And on a general basis, a significant change as in a faster heart rate, higher blood pressure, and increased sweating indicates that the person is lying.

The American Polygraph Association has stated that when a proficient examiner uses an established testing procedure to investigate a specific question, the accuracy and truthfulness of the decisions is generally in the range of 85-95%.

Since the aim of a lie detector is to see if the person is telling the truth or lying when answering certain questions, how a machine can detect human lying with accuracy remains a huge question among psychologists especially.

For too long the scientific reliability and validity of the polygraph method of whether an individual is being truthful remains a bug matter globally.

The polygraph as an interrogation method is about to be introduced within the EFCC and possibly by other criminal justice/law enforcement subdivisions, as such it is essential to understand that its validity in terms of accuracy will depend on a lot of things that need to be done right.

Polygraph is all about autonomic arousal and biological excitement which may be caused by deception but it may also be caused by several other factors like a person’s health/medication status, and psychological state as well as cultural factors like shame or pride.

Note that there are persons who could pass the test because they believe so much in their lies and respire properly during interrogation.

There is huge price to pay when one fails a lie detector test— possible job loss. Recently, the Jamaican police authorities noted that 60 percent of the 362 officers who underwent the test failed, and the concern is whether these 217 police officers who took voluntarily and failed will be disciplined.

In the United States almost all law enforcement and intelligence bodies perform polygraph examinations on their job applicants and on a suspected or accused officer.

By every standard the mentality of corruption in the Nigerian population remains very deep in our psyche. Since many potential and already serving officers and spies are products of the society, a supposed measure of truth like the polygraph could be a shocker!

As Africans we are not very good at lying, because we are raised to tell the truth and when we lie it is easy to tell that we are lying. It will be of interest to see how a detective accused of fabricating details of a matter, answer many pre-interview questions, and relevant questions that are deemed related to the matter of inquiry.

For example, a detective involve in a money laundry case could be asked if in his or her capacity as a public official have been bribed by any one before; in the area of an ethical, national security, security clearance, if he or she have at any time secretly spoken to a news reporter; or in a sexual/forceful harassment matter, has he harassed a female co-worker before, or beat up an offender on the way to the cell.

In cases like these there could be lots of false positive errors where an innocent person being investigated in a particular case is incorrectly identified as deceptive.

As the officer or detective will likely become nervous in the face of questions like these which will likely be failed by almost every police applicant or accused/suspect officer?

So the Nigerian law enforcement and intelligence authorities will need to be very careful as there is no known physiological or autonomic nervous system response that is unique to deception.

Also there will be need to educate public employees like law enforcement officials that in many countries polygraph test is part of the law. And the law does not exempt them as in the case of private workers in industries who to an extent could be protected by an established polygraph privacy law in places like America.

We will have to guard against the peddlers of polygraph services who will see Nigeria as a dumping ground and lay all kind of claims for the accuracy and validity of lie detectors.

In every functional law enforcement body, diagnostic tests like psychological evaluations and polygraph examinations are made mandatory, and as part of the agencies screening, disciplinary, vetting , checking and quality process which is for the sole purpose of building and maintaining an environment of high integrity and ethical standards.

In order to begin to enhance law enforcement integrity, prospective and already serving law enforcement officers and spies must submit first to professional psychological testing which is about using measured instruments to uncover hidden personality, mental, emotional, organizational, immoral, and other behavioral tendencies. Psychological testing is definitely not the same as the commonplace practice in Nigeria in regards to the frequent use of psychiatry, a specialty that is mainly about applying medications to address mental illness.

Psychological testing is very vital as it remains the main measure of hidden human emotions and personality traits, and it could give more weight to polygraph outcomes and responses in terms of overall honesty.