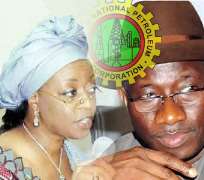 December 17th 2011
Dear Sir's
RE: PETITION SALE OF OIL BLOCK OPL 245 BY DPR AND MINISTRY OF PETROLEUM TO SHELL & AGIP

Malabu signed an agreement with Dele Adesina & Co. for services of $29 million USD, out of this money Adesina was to spread substantial amounts to Bayo Ojo, President Obasanjo and Edmund Daukoro, it later turned out that Edmund Daukoro wanted about $20 million USD for him self, so an additional contract was signed with Malabu to increase the $29 million to $50 Million. This agreement between Malabu Oil and Gas Ltd and Mr. Dele Adesina was subject to Malabu getting back its license and payments to the above will only be made when Malabu is able to sell or monetize the asset. However due to Shells protracted fight for OPL 245 Malabu could not sell OPL 245 from 2006 until 2011. In September Shell & Agip finally bought the oil block and now that Shell has bought the oil block ad made payments to Malabu through the NNPC accounts; it is possible to trace the funds to Malabu and Dan Etete and where the funds are distributed to.

Early in 2011 Shell the Ministry of Petroleum Resources and Dr. Dan Etete reached an agreement where Shell jointly with Agip Petroleum offered to pay $1.3 billion USD for 100% shares in OPL 245. This came after Pressure form the Presidency forcing Shell to deal with Dan Etete and settle this matter (http://www.thenigerianvoice.com/nvnews/57982/1/president-jonathan-muzzles-shell-to-pay-dan-etete-.html)

Initially The Ministry of Petroleum Resources and DPR did not want to agree to the sale of the OPL 245 Oil block to Shell/Agip due to the fact that the license which was issued to Malabu Oil and Gas in 1998 was under the indigenous license program to protect and integrate local content in the oil industry. In order to over come this bottle neck Dr. Dan Etete and Malabu re-inlisted the services of Mr. Dele Adesina and his law firm to work behind the seen and bring all the major players onboard and again offer them all bribes. Through back room deals Malabu through Mr. Dele Adesina offered $30 million USD to the current Minister of Petroleum Diezani Alison- Madueke to secure the Government approval of the Shell/Agip offer including the head of the Department of Petroleum Resources DPR.

In order to get all players in place for the illegal approval of the Shell/Agip $1.3 billion USD bid for OPL 245, the President approved the appointment of Mr. Reginald Stanley as the Executive Secretary of the Petroleum Products Pricing and Regulatory Agency (PPPRA) to replace the incumbent Executive Secretary, Goody Egbuji. This is so that when DPR sends the OPL 245 license to the regulatory agency to change the license there would not be any objection. The President also approved the appointment of Oluyemisi Olorunsola to replace Andrew Obaje as the Director of the Department of Petroleum Resources (DPR). Olorunsola before taking this appointment was the Vice President (Gas) at Shell Upstream International.

This was also done to secure Shell’s interest in OPL 245 and securing that DPR would send the OPL 245 license to the Regulatory Agency for approval of the change of the OPL 245 License and then send the documents to the Minister of Petroleum Resources for Approval. This was then followed through and the Minister of Petroleum Resources approved the change of license of OPL 245 from an Indigenous License to a license that would permit Shell/and Agip to buy and take ownership of the oil block. Mr. Olorunsola, an indigene of Kogi State, has been in the industry for 31 years and has served as Strategic Business Adviser to the Minister of Petroleum Resources; Manager, Opportunity Delivery and Studies Centre at Shell; Reserves and Technology Manager (Africa), Shell (E&P) International, Netherlands; Business Interface Manager (Russia), Shell Technology (E&P) International, Netherlands; and Petroleum Engineering Manager, Shell Nigeria.

The issue that is very disturbing is that the OPL 245 oil block in the Niger Delta of Nigeria is under an indigenous license, this program was created to protect local oil company participation in the oil industry. Under the guideline with oil blocks under this program, foreign companies can not take more than 40% interest in the oil block. Because of the huge amount of money being paid under the table to the Minister of Petroleum and DPR including pressure from the Presidency; the Ministry of Petroleum Resources is able to illegally without regard to the law change the license of the oil block and give ownership of it to Shell and Agip. Regardless of the repercussions and legal implications regarding other companies who also have oil blocks under the same license program or companies who will hold the same type of licenses in future.

On the 7th of December 2011 various news papers internationally and local published a report that Royal Dutch Shell and Eni said on Wednesday they have bought the prospective Nigerian deep offshore oil block OPL 245: these reports were given to all the various news outlets by Shell and ENI (Agips parent company), http://sweetcrudereports.com/2011/12/07/shell-eni-buy-nigerias-controversial-opl-245/.

I Petition the House Committee On Petroleum Resources Upstream to investigate the approval of the above Oil license and sale to Shell & Agip by DPR and the Ministry of Petroleum; and consider the transfer of ownership to Shell and Agip as illegal and further to persecute all persons and companies involved in this illegal transaction; in addition to ask the court to revert the said oil block to its previous status and only allow such oil block to be sold to parties who fit the requirement of the oil blocks initial license; this says that no foreign company can directly or indirectly buy more than 40% of the oil block. The Oil block was sold to Shell & Agip by Malabu oil and Gas Ltd. the original license holder of OPL 245 for the sum of $1.3 billion USD payment was made to the Ministry of Petroleum to be forwarded to Malabu Oil and Gas Ltd. The issue at hand is that OPL 245 is an oil block first issued to Malabu Oil and Gas Ltd in 1998 under the indigenisation program to boost local participation in the oil and gas industry. The Block was later issued a 2005 PSC still under the indigenisation program; please read the attached out of court settlement document made by the Ministry of Petroleum Resources dated 2nd December 2006.

Over the years several oil licenses have been issued under the indigenisation program to various local oil companies, all those companies had to comply with the rules of the license. In the above case why was an exemption given to Malabu, Shell and Agip by DPR and the Petroleum Ministry? Under what basis? Why if Malabu wanted to sell shares in the oil block they did not comply with the license and sell only 40% of the interest to Shell and Agip? Also why did DPR on this case feel it was necessary and in the interest of Nigeria to change the license from an Indigenous license and allow the sale of 100% of the oil block to two Multinational Oil Companies, one (Shell) who is being investigated in its participation in the Killing of people in the Niger Delta? The appointment of Mr. Oluyemisi Olorunsola as the Director of the Department of Petroleum Resources (DPR) who was a Vice President of Shell International, is a gross conflict of interest.

I assert that Malabu, Shell and Agip including the Government of Nigeria should play by the rules of the game. If not why should other companies holding oil blocks under the indigenous program are not allowed to change their licenses? Further I for see huge legal problems in future where other companies will take the government to court and also request damages in the 100`s of millions for not allowing them to change their licenses as was allowed in the OPL 245 situation.

I kindly request the Honorable Memebers of the House Committee on Petroleum Resources Upstream to investigate the sale of this OPL 245 License by the Ministry of Petroleum Resources & DPR and also freeze all funds transferred by the sellers and buyers. This transaction also smells of gross corruption which possibly includes bribery by all parties involved. Does the Nigerian Government and the ICPC have the conscience to do the right thing? Malabu Oil and Gas Ltd. has also used companies to draw up fake investment contracts, showing that those companies invested in Malabu Oil and Gas Ltd to justify payments to them when the sale of the oil block goes through. A proper forensic investigation into the bank accounts of Dr. Dan Etete, Malabu Oil and Gas and Dele Adesina including a trace of the payments from seller through to the buyer will reveal where and what methods were used to pay the bribes.